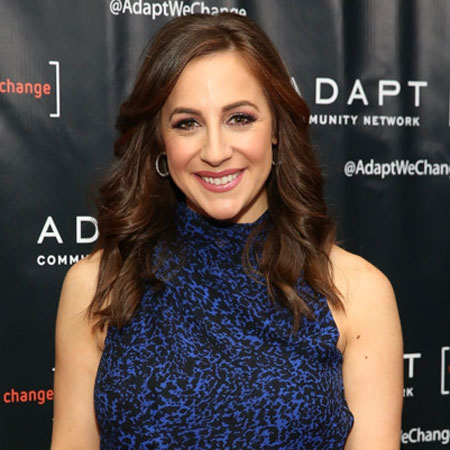 Teresa Priolo is a famous American journalist who works for the Fox 5 news. She has also worked for KIDK-TV, WFSB-TV, and WRGB TV. Priolo is known for her distinct presentation style.

Mary Teresa Priolo was born on 20th of July, 1983 in Clifton, New Jersey, USA, under the birth sign cancer. She went to Fairfield University in the United States. Priolo is an American by nationality and doesn't belong to any particular ethnicity; she is a white American.

Priolo began her career in the journalism field working at KIDK-TV in Idaho Falls, Idaho. She gained experience in Television news working as an intern and a s signment desk a s sistant at WFSB-TV in Hartford, CT.  Priolo later joined WRGB TV, a CBS affiliate in Schenectady, NY. She worked as a reporter and morning news anchor for four years.

Priolo's career breakthrough came in March of 2012 when she joined the Fox 5 News as a general a s signment reporter. She has covered major stories like the Superstorm Sandy, Newtown tragedy and Super Bowl XLVII.  She is currently considered as one of the most important journalists in Fox 5 News. Priolo works with other journalists like Audrey Puente.

Her net worth must be at least in a few hundred thousands as she is a well-known face of Fox 5 News. Exact official figures aren't known.

Teresa Priolo is a married woman. She got married to her long-time boyfriend Daniel on 25th October 2013 after a long affair of 10 years.

The couple doesn't have any children yet, and sources reveal that they are more focused on building their career at the moment.