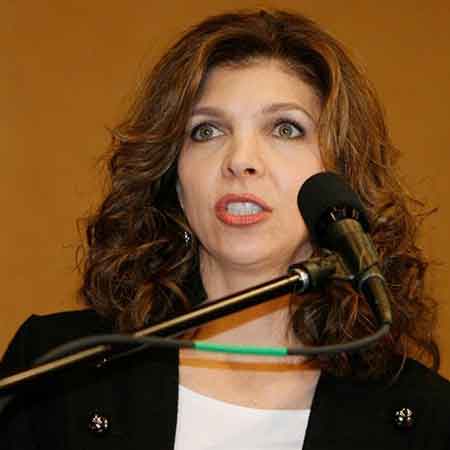 Teresa Earnhardt is a businesswoman, Chief Executive officer, and the president of Dale Earnhardt Inc. which is one of the most successful enterprises in NASCAR but perhaps she is best known among the people as the third wife of the late car racer Dale Earnhardt.

The mother of one was selected as one of the six Mothers of the Year by the National Mother's Day Committee in 2002.

Teresa Earnhardt was born Teresa Houston on 29 October 1958, in Hickory, North Carolina, the United States of America. She is the daughter of Hal Houston while her uncle is Tommy Houston; a Bush Series driver. She grew up in her hometown Hickory.

Earnhardt graduated from Bunker Hill High School in Claremont North Carolina and during her high school days, she used to play basketball. She holds a degree in commercial art and interior design.

Teresa Earnhardt always had an attraction with the cars and racing as her uncle Tommy Houston was a legendary Bush Series driver. After she met her future husband Dale Earnhardt, she actively became engaged in her NASCAR career. She and Dale launched Dale Earnhardt Inc. and headed four Busch Series championships in 1998, 1999, 2004, and 2005.

After the tragic death of Dale Earnhardt, she took over Dale Earnhardt Inc. and became the president and Chief Executive Officer of the company.

In November 2008 she merged with Felix Sabates' company and formed Earnhardt Ganassi Racing. In 2010, the team won the Daytona 500 with Jamie McMurray. Their collaboration lasted until 2014 when Chip Gana s si bought Teresa’s shares of the NASCAR team.

Since then, she working on other ventures of Dale Earnhardt Inc. to protect the legacy of one of the greatest NASCAR drivers in history.

According to celebrity net worth, American businesswoman Earnhardt has an estimated net worth of $50 million dollars in 2022. She earned a hefty amount from her successful business ventures.

On the other hand, her late husband Dale had also a tremendous amount of net worth which is still $400 million. Teresa is now the president and Chief Executive Officer of Dale Earnhardt, Inc.

DEI maintains a showroom. It is one of her major sources of income.

Together with her late husband, Teresa owned a 300-plus acre farm near Mooresville, North Carolina. She also has a house in Palm Beach, Florida. Her late husband bought the house in the year 2015 for $1.2 million.

Teresa Earnhardt is the widow of the late Dale Earnhardt. When she first met Dale, he was already married two times. He is one of the most reputed drivers in NASCAR history. He earned seven NASCAR Winston Cup Championships.

Earnhardt met him at a race in the late 1970s. After some years of relationship and his divorce from his previous wife, they both finally married on 14 November 1982.

She was the third wife of Dale Earnhardt. They used to live in a farmhouse near Mooresville, North Carolina. She also accompanied the family organization and supervised several races. During the 2001 Daytona 500, her team won the race, but she lost her husband to a crash during the final lap of the event.

Dale Earnhardt and Teresa Earnhardt have a daughter named Taylor Nicole Earnhardt. As of now, she is single and is not involved in a relationship with anyone.  She has centered herself on continuing her spouse's legacy through the company.

Teresa won the appeal on July 27, 2017, and the U.S. Trademark Trial and Appeal Board ordered to clarify its decision to allow Kerry to use the name "Earnhardt Collection" in his business.

Teresa Earnhardt's Age And Other Facts