Tedy Bruschi is a retired American football inside linebacker who played in the NFL for the New England Patriots. Since retiring in 2009, Bruschi has been a football analyst for ESPN.

When was Tedy Bruschi Born? What is his Height?

Bruschi was born and raised in San Francisco, California, and attended Roseville High School in Roseville, California. Bruschi is a graduate of the University of Arizona, cla s s of 1996, with a Bachelor in Arts degree in communications.

Bruschi began playing football while in high school. A Varsity letterman in football, wrestling, and track and field, Bruschi played collegiate football at the University of Arizona, where he played for the Arizona Wildcats and was a two-time consensus All-American (in 1994 and 1995). He also won the 1995 Morris Trophy as the PAC-10’s best defensive lineman. 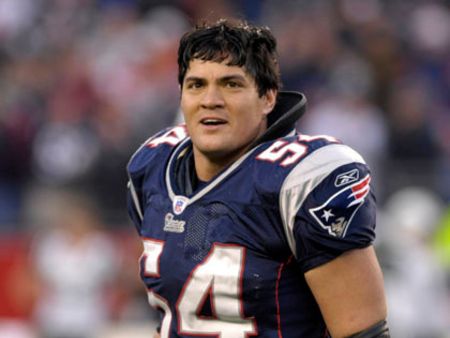 Bruschi was drafted in the third round and the 86th overall by the New England Patriots in the 1996 NBA draft. He played all thirteen seasons of his career with the Patriots including, seven of those with Bruschi as the defensive team captain. He was part of the Patriots lineup that won nine playoffs, eight division championships, five conference titles, and three Super Bowl championships (XXXVI, XXXVIII, XXXIX).

He was forced to take time off from the field following a stroke in 2005. He made a miraculous rehab and returned to the Patriots' lineup in time for the final leg of the 2005 NFL season. For his grit and determination, he was named the 2005 NFL Comeback Player of the Year and received the Ed Block Courage Award and the Maxwell Football Club’s Spirit Award.

He officially retired with the Patriots in August 2009.

A week into his retirement, Bruschi joined ESPN as a football analyst and serves in that capacity to this day. He is a regular on ESPN's coverage of the NFL including the Super Bowl and the NFL Draft.

Bruschi's memoir, Never Give Up: My Stroke, My Recovery, and My Return to the NFL was released in 2007 and chronicles his 2005 stroke and how he made his comeback into NFL following the ordeal.

Tedy Bruschi has been married since June 27, 1997, to Heidi Bomberger. 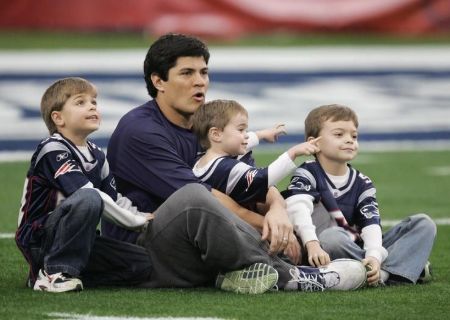 They have three sons together: Rex Bruschi, Tedy Bruschi, Jr., and Dante Bruschi.

Has a Net Worth of $12 Million

According to celebritynetworth.com, Tedy Bruschi has a net worth of $12 million. A three-time Super Bowl champion, Tedy Bruschi played in the NFL for 13 seasons with the New England Patriots. Even after retiring in 2009, Bruschi still remains s fixture of football as the resident analyst for ESPN's coverage of football. In that capacity, Bruschi has appeared on shows like NFL Live, SportsCenter, as well as on ESPN Radio.