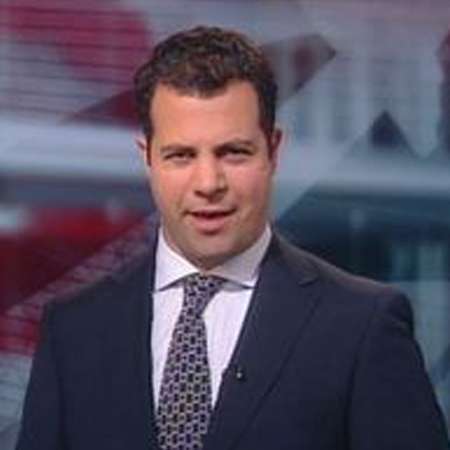 Ted Kravitz is a British tv presenter, prominently popular for a pit-lane reporter for Formula One serving for Sky Sports F1. He was born on March 1974. His real name is Theodore Joseph Nathaniel Slotover. Jill Slotover and Robert Slotover are his mother and father respectively. The name Kravitz is taken from his mother's side of the family.

Ted Kravitz attended the City of London School, independent institutes for boys. Kravitz then joined University of Exeter, South West England, UK. During his stay at the University, he began to work as a presenter by presenting  a show in the University Radio Exeter.

After he graduated, Ted Kravitz was trained at CBS News, London, as a journalist. Later, he  started working for a local radio station as a news reporter and sports reporter, in the South-West England. He then came back to London and worked at 95.8 Capital FM on the news show “The Way It Is.”

After working, as a news and sports reporter, for a short period of time in  London News Direct and LBC (London Broadcasting Company), Ted Kravitz joined Chrysalis Television in the fall of 1996. He worked there for a show related to Grand Prix. In 1997, he worked with ITV as a producer and later served as a pit-lane reporter on F1 (Formula One) . He also presented the British Touring Car Championship in 2007 and 2008 while working for ITV.

In 2009, Ted Kravitz shifted to BBC and continued his job as a pit-lane reporter alongside Lee McKenzie, covering the Formula One. Kravitz holds this position until he decided to move to Sky Sports F1 in 2011.

In December 2011, it was declared that  Ted Kravitz would join Martin Brundle and others from the BBC to work for BSkyB's Sky Sports F1 coverage in 2012. As part of his new job, Kravitz hosted the channel's weekly show, The F1 Show. For the 2012 season, Georgie Thompson joined him as a co-presenter. In 2013, Thompson was replaced by Natalie Pinkham..

Apart from being a journalist, Ted Kravitz is also an aircraft pilot and that fact was revealed by commentator Jonathan Legard during the 2010 Turkish Grand Prix.

Ted Kravitz has not let the media know much about his personal stuff. The only thing he has let the world know about his family is that he is a happily married guy with two children.