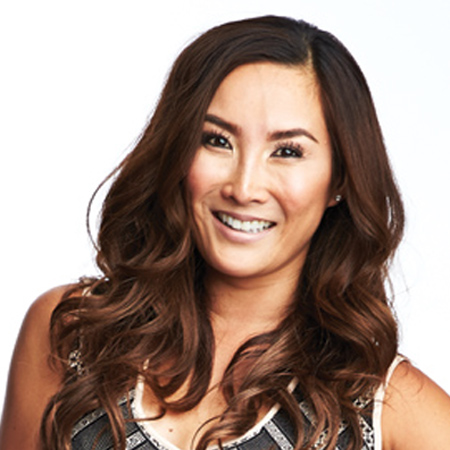 Tanya Kim is a television personality of mixed ethnicity and Canadian nationality who has worked previously for Much Music and now for the CTV.  She is also a special correspondent for Canadian Idol and has appeared in several other television shows.

Tanya Kim was born in Sault Ste, Marie, Ontario. Her parents are Korean immigrants. As a child, Tanya Kim attended the Sherry Walsh Academy of Dance Arts and the Davey Dance Company. She then got enrolled in the sir James Dunn collegiate and Vocational School. She is a 1998 graduate of the Ryerson University with a degree in broadcasting.

Tanya Kim’s career started off as an intern for the MuchMusic as a videographer. She then got the opportunity to be a part of CTV’s The Chatroom. She became the special correspondent for Canadian Idol shortly afterward and she the position for two seasons.

On the year 2003, Tanya Kim joined etalk and assisted as the co-host of the show together with Ben Mulroney. Her career in etalk led her to work in red carpet events like the Juno Awards as well as the Academy Awards. She has also hosted We Day and is the former host of the etalk Playlist.

Tanya Kim is also known for the coverage of the 2010 Olympic Winter Games for the CTV. In 2015, she started to work at City TV as the host of Your World This Week and Entertainment City. She has previously worked in the past for Instant start, Puppets who Kill and the film Glitter.

She has never been married and has no husband to speak of. She is known to be living in Toronto currently. She has an 85-pound bull mastiff named Miss Louise.

Tanya Kim’s net worth is expected to be $1 million according to the current report.  She has been earning a considerable amount of salary through her endeavors in the journalism fraternity.

Tanya Kim has the height of 5 feet and 6 inches and the perfect body measurements that suit her personality. She has at times been surrounded with rumors of plastic surgery, none of which have been found to be true.