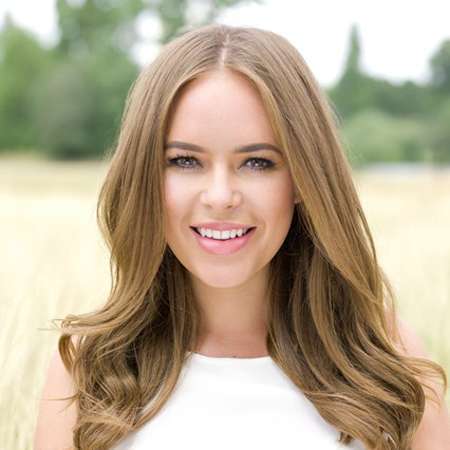 Tanya Burr was born on 9th of June at Norwich, Norfolk, England in 1989. Her nationality is British. She has a sister, Natasha and a younger brother, Oscar. She has taken piano classes for 10 years. Tanya Burr studied at Long Stratton High School and attended Notre Dame and completed a short course as a make-up artist. Then she did a job on a beauty counter in Jarrold’s Norwich department store. Burr used to record videos after getting back from her job.

She started her own Youtube channel in October 2009. Her first video was about the make-up tutorials on Celebrity looks. After two years of her job, he left the job to focus on her successfully running career on her youtube channel. She took help from many social media platforms like twitter to lift her profile as a make-up artist. She got the good response and after some time she included vlogs (video blogs) and beauty haul video.

By the end of January 2016, she had over 240 million video views and over 3.2 million subscribers on her youtube channel, Tanya Burr. She has collaborated with various other artists like Joe Sugg, Zoe Sugg, Alfie Deyes, Louise Pentland, Tyler Oakley, and many others. She attracts 2 million viewers every month. Burr is invited to London Fashion Week every season and to every showbiz parties and celebrity parties all over the world. She was also invited to the Mulberry Fashion Show.

On June 30, 2016, the blogger released a baking book named Tanya Bakes. She has also released a non-fiction beauty guide and autobiography complete with advice and baking tips On January 29, 2015. She was on the front cover of the magazine, Glamour Magazine on December 2015. Burr is not just a makeup artist but also a trendsetter.

Her clothing and make-ups are always closely observed. She always tries to make her video unique and professional in every way. She has been featured on Stylish, Elle, and LOOK. She has sat on the front row at Burberry, Topshop, and Mulberry. Her fans grow day by day due to unique makeup tutorial videos. Her hard work and dedication towards her work has led her to attend many fashion shows and showbiz parties from all over the world.

The famous makeup artist has attended many award programs and has many celebrity friends to hang out with. In London’s Convent Garden, there was a chaos when the British Youtube sensation, Tanya Burr planned to meet fans over there but there were a huge number of fans so the gathering was canceled in order to avoid any accidents in the crowd. Her bio is on many sites including the wiki.

After their first dating at a cinema, he was too shy to kiss Tanya so she gave him a peck before getting on a bus. He ended up a career in vlogging community as a member after Tanya encouraged him. They were engaged in the December 2012 after Jim asked her to marry him.

She tied the knot with her longtime boyfriend, Jim Chapman on 3 September 2015 at Babington House in Somerset. Tanya wore a gown with a full skirt, simple long veil and belt detail. The classy gown was designed by Phillipa Lepley and Jim wore a classic suit. There were many guests including her youtube friends, Zoe Sugg, Joe Sugg, Alfie Deyes, Caspar Lee, Marcus Butler, Naomi Smart and much more. They are a happy couple without any extramarital affair. Their relation seems to be bonded tightly.

Tanya has her own range of beauty products and is a regular face at fashion events. She has launched a cosmetic brand called Tanya Burr Cosmetics through UK retailer Superdrug on January 2014 at Sanderson London. On August 2015, she expanded her brand and included eye shadows and an eyebrow palette.

Talking about her activeness on social sites, she has millions of fans all over her accounts. She has over 1.91M followers on Twitter and has over 2.8M followers on Instagram. She is also active on Facebook.