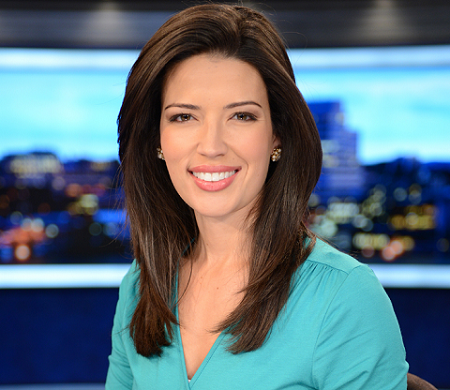 The first-generation Canadian-born & currently an American journalist, Tanja Babich is a recipient of the Emmy Award. Widely famous as the anchor of ABC 7 Chicago's Eyewitness News, the Cornell University graduate enjoys a proficiency career in journalism- thanks to her public speaking engagement that saw her transition from intelligence bureau to broadcasting.

Babich, the proud mother of three kids, along with her professional journey maintains a healthy relationship with her husband.

How Old Is Tanja Babich? Her Height?

The daughter of immigrant parents from Chile and Serbia, Tanja Babich grew up in her hometown Toronto, Canada. Born on June 29, 1980, the ABC 7 anchor is 40 years old and has a height of 5 feet 3 inches.

As a student, she came to the United States and then enrolled at Cornell University, where she obtained a Bachelor of Arts Degree in Government. Moreover,  Babich would graduate with a Master's Degree program at Northwestern University's prestigious Medill School of Journalism in 2007.

Speaking of her nationality, Tanja Babich is an American; she became a US Citizen in April 2013.

While attending Northwestern University, Tanja Babich had been working at a media organization within the college called Medill News Service where she had to research business trends and write articles about them. 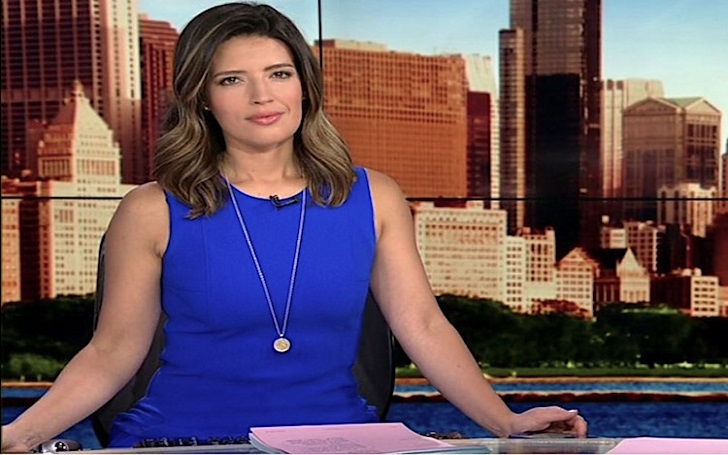 She used to publish articles in The Daily Herald, Chitown Daily News and The Northwest Indiana Times. Tanja Babich has a powerful presence & her mesmerizing personality and thus, her reporting style quickly propelled her career.

She started her broadcasting career at NewsChannel 9 WSYR, which is an ABC affiliate news channel in East Syracuse, New York. She worked there as a weekend news anchor and reporter.

She has also researched her own features and covered breaking news. In February 2010, Tanja became a host of the News Channel's weekday morning talk show, Bridge Street, which featured live guests and hands-on lifestyle segments.

In January 2014, Babich joined the ABC network as a general assignment reporter and contributing anchor. Currently, she serves as an actor for ABC 7 Chicago's Eyewitness News in the Morning for two slots: 4:30 AM- 7 AM and from 1 AM until noon, where Shirleen Allicot, Lori Stokes, Ken Rosato, and David Navarro have worked.

Over the years, the Emmy-winning journalist has covered notable events such as Pope Francis on his first visit to the U.S, President Barack Obama's inauguration in 2009, and navigation of unprecedented challenges of the COVID-19 pandemic and modern civil rights movement.

How Much Is Net Worth Of Tanja Babich?

For more than a decade, the Canadian-born American journalist is active in broadcasting and has since worked for Bridge Street (show), WSYR-TV, and ABC 7. Based in Chicago, Tanja Babich has an estimated net worth of $1 million in 2021. There is no denying, most of her earnings come up through her current career as an anchor at ABC 7's Eyewitness News in the Morning in Chicago.

Although Babich has not talked much about her income or property, her social media profiles do share a glimpse of her luxurious lifestyle. Supposedly, she is earning a salary in the 6-digit figure annually. On average, a Chicago-based news anchor makes $65,609 per year.

Moving towards the personal life of Tanja Babich, she is a married woman. The name of her husband is Paul Durbin. The couple tied the knot in a lavish rooftop ceremony in Chicago, Illinois, on July 15, 2018.

Tanja had taken to Facebook to announce her wedding to Paul by featuring a photo of herself and her husband from the wedding. Together with Paul, she shares a daughter named Emily, born on May 22, 2019.

Moreover, Babich is the mother of two daughters from her previous relationship: Adelaide Babich and Lola Babich. The happy family of 5 currently resides in Chicago.

An avid Instagram user (@tanjababich) with more than 14.5K followers often shares posts of her family. Her Twitter account (@BabichABC7) mostly covers her interest in news updates & shares the voices of people, to 7.2K followers.