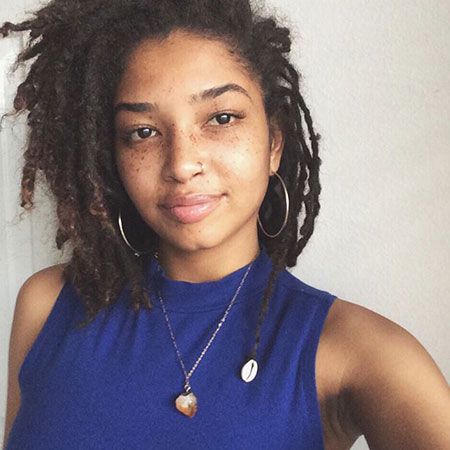 No denying that being a star kid got her perks, but Tanita stands over the crowd with the wonderful visual art pieces that she creates using Watercolor, Ink, and Digital art. According to her profile on social media, she is self-employed and painting is her pa s sion as well as a primary job.

Who Are Tanita Strahan Parents? All About Family Background!!

Tanita Strahan was born in 1992 in Germany to father Michael Strahan and mother Wanda Hutchins. She was born under the birth sign Scorpio and it describes her as competitive as well as loyal among other traits like possessive and vengeful.

She is of mixed ethnicity and her nationality is German. She completed her education with a degree in Associate of Arts - AA, Design and Visual Communications from the Fashion Institute of Design & Merchandising in Los Angeles, California.

When she was only 4 years old, her parents divorced. As a result, Strahan's mother moved her & her younger brother Michael Strahan Jr. (b. September 12, 1994) to Germany. Moreover, Tanita has a half-brother named Dorian (b. Feb 19, 2001) from her mother's side. 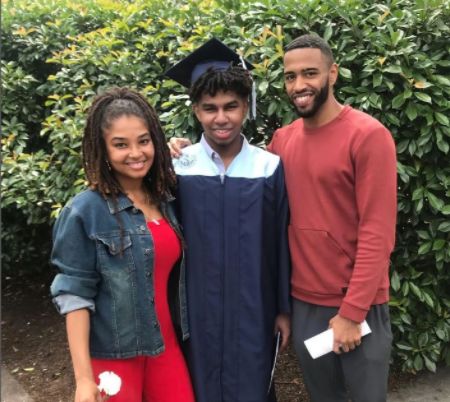 As of 2022, Tanita Strahan is 30 years old. As for her body structure, she has a slim & curvy figure with a height of 5 feet 6 inches. She has brown eyes & curly black hair.

Tanita is a visual artist who is currently self-employed. She is popular for her work where she uses watercolor, ink, digital art, media for her art purposes. Strahan has kept her information regarding her career secret from the media despite being a child of a renowned football player.

Meanwhile, her father is a well-known former NFL star who played in the league for more than 15 years. He started his career by playing for his college team at Texas Southern University. He was seen as an NFL prospect from his junior year.

He was selected into the All-America first team, when he was a senior, with the Texas Southern Tigers. After this, he was drafted into the New York Giants in 1993 and he spent his whole career at the team establishing himself as one of the best players of his generation and retired in 2007.

Following his retirement, he hosted a couple of TV shows like Live! with Regis and Michael and Good Morning America. He entered the television industry as a co-host of Live! with Regis and Michael on September 4, 2012, after former co-host, Regis Philbin left in November 2011.  He left the show on April 19, 2016, and began working on Good Morning America. Strahan won a Daytime Emmy twice for "Outstanding Talk Show Host" during his time at the show. In 2016, ABC announced Michael as the host of the Summer revival of the $100,000 Pyramid which aires on Sunday night along with the Steve Harvey-hosted Celebrity Family Feud and Alec Baldwin-hosted Match Game.

As reported, Tanita Strahan's father Michael & mother Wanda met while in Germany during their high school days. Shortly after, they began dating; the two were 17 & 15 respectively then. In the 1990s, the couple got engaged before the news of Wanda's pregnancy came up.

In January 1992, they married & welcomed daughter Tanita Strahan, the same year; both of them were in their early 20s at that time. Subsequently, they moved to the United States where Michael Strahan would begin his NFL career with New York Giants.

But the relationship between the two soon fell apart & they divorced in May 1996. In his book Wake Up, the NFL star confirmed that the split happened as they were young to make decisions without haste. But despite that, they still remain on good terms.

After divorcing Wanda, the Super Bowl XLII champ married for the second time- with Jean Marie Muggli after meeting her at a spa. They exchanged vows on July 18, 1999, and welcomed twin girls Sophia and Isabella Strahan. However, the duo later divorced in 2006, which cost him $15 million in a divorce settlement, along with $18,000 per month in child support.

Three years later he engaged Eddie Murphy‘s ex-wife, Nicole Mitchell Murphy in 2009, but only to call off their engagement in 2014.

Currently, Michael Strahan is in a relationship with his girlfriend Kayla Quick; they allegedly began dating in 2015.

On the other, the star kid's mother Wanda Hutchins lives with her mysterious beau, who also fathered her youngest son Dorian (half-brother of Tanita).

How Much Is Net Worth Of Tanita Strahan?

As per online sources, Tanita Strahan has an estimated net worth of $390,000 as of 2022. Back in 2020, her fortune was $300 thousand. Her income comes from her career as a visual artist; in fact, she runs a website tanitasgallery.com for the sales of her artistry works.

Moreover, she promotes her works on Instagram- showcasing her work with combinations of Acrylic, Watercolor, Gouache, Ink, and Graphic Design. Currently, Strahan resides in Los Angeles, California, and as per Payscale, an average visual artist in the United States earns a salary of $45,577 per year.

According to Celebrity Net Worth, her father Michael Strahan own $65 million net worth in 2022. After NFL retirement in 2008, the NFL player began working as a TV host. Formerly, he was an analyst for Fox NFL Sunday & then hosted Live! with Kelly and Michael before co-hosting Good Morning America, earning an annual salary of around $17 million.

On the other, Tanita's mother Wanda is a businesswoman & interior designer; she is the owner of Wonderful Home Designs. As of 2022, her net worth is $2 million.

Who Is Tanita Strahan Dating Currently?

Strahan is currently in a relationship with her boyfriend, Calenta Mincey. It's unknown when the couple started dating but Strahan made her relationship official with an Instagram post on October 4, 2017.

In the post, she has shared the picture of her hugging a Calenta with the caption " #NationalBoyfriendDay". 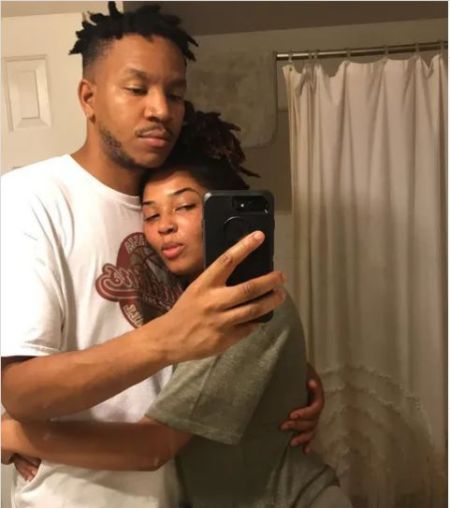 Her boyfriend goes by Instagram handle @calenta.cr & seems quite fond of arts- perhaps, the common interest got them along. Both of them share pictures of each other on Instagram.