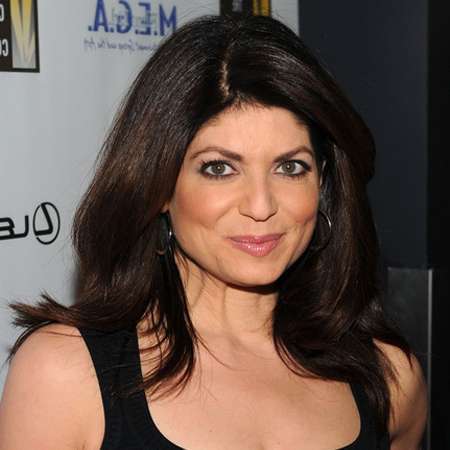 Tamsen Fadal is an American journalist as well as an author, television personality and entrepreneur. She is the 5pm, 6pm and 10pm anchor on the PIX11 News, Tribune’s flagship station in New York City. She was born on December 4, 1970, and is a resident of Manhattan, New York City in New York, US. Her nationality is American and her ethnicity is white Lebanese. Before anchoring for the 5pm, 6pm, and 10pm shows, she anchored the PIX11 Morning News in New York City. Fadal is currently the executive producer and host of the nationally syndicated show, Broadway Profiles.

Shortly after graduating from the University of South Florida with a Bachelors of Arts degree in journalism in 1992, Fadal’s broadcasting career as a morning anchor for the WHNZ radio in Tampa, Florida. In 2002, she traveled to Afghanistan with the American troops to report the war. She has also been sent to Air Force bases in London and Germany to report on locals troops during Operation Enduring Freedom.

Fadal has reported for WPGH-TV in Pittsburgh, Pennsylvania, WFTV in Orlando, Florida, and WOWK-TV in Charleston, West Virginia and KYW-TV in Philadelphia. She specializes in investigative journalism. She joined WCBS in New York City and joined WPIX on March 24, 2008, where she is working to the current date. She used to cover the morning news where she covered both breaking news and feature stories.

She has co-starred in the 2009 docu-series “Matched in Manhattan” on Lifetime TV network. She played the role of dating coach and stylist. She also got to co-host the wedding show “Say I Do, NYC” and On The White Carpet”, a digital show, for NYC.gov in 2010.

In addition to this, she has appeared on the TV show Better, Good Morning America, The Today Show, The CBS Early Show, The Nate Berkus Show and The Tyra Banks Show. She is also the author of three books, “Why hasn’t He Called?” ,”Why Hasn’t He Proposed?” and “The New Single” published by St. Martin’s Press.

She has been awarded an Emmy in 2016 for On-Camera Achievement and 3 Emmys in for Breaking News Metro-North Train Derailment, Arts: Program Feature/Segment: Blind on Broadway and Hurricane Sandy Weather Special: Hell and High Water. Moreover, she has received three more Emmys in 2014.

Fadal, apart from being a journalist, is also known for her beauty and hot body. She comes from a Lebanese background but was born and raised in the US in Concord, Massachusetts. From an early age, she was very talented. She currently resides in Manhattan, New York City, New York. Her mother lost her life to breast cancer in 1990 thus she has been in an active fight against the disease. She still continues to be involved with the Avon 39 Walk to End Breast Cancer.

Fadal also has a cousin named Shannon Elizabeth who she has partnered with for her business. They have launched a jewelry line, Shansen Jewelry. She got married to Matt Titus on 13 October 2007 but their marriage only lasted 5 years. They got divorced on 10 July 2012. Since then, she has remained single.