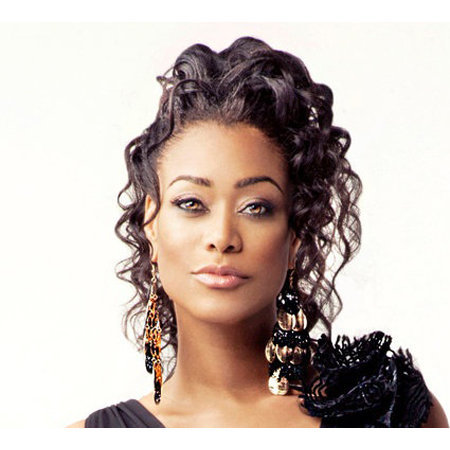 Tami Roman is an American television personality, model, businesswoman and actress. She was born on April 17, 1970 in Mount Vernon, New York. She is best known for her work in the ‘The Real World’ reality television series, mostly in the second season of the show ‘The Real World: Los Angeles’. She is also notable for appearing in reality series ‘Basketball Wives’ and ‘Basketball Wives LA’.

Roman was raised in a middle-class, single parent household in White Plains, New York. Her mother worked three jobs to support the family, which left Tami alone for many days and nights. Thus, she had to look after and raise herself. Her mother then got married to Ali Akbar, which changed Tami’s life drastically. A devout muslim, Akbar taught Tami the value of higher education, spiritual foundation and strong family values. However, her mother and Akbar got divorced soon, leaving Tami broken and confused. She hoped not to turn into a cynical workaholic like her mother.

Over the next couple of years, Tami and her mother were very close. Due to poverty, they had to sacrifice many things in life. They even lived on the street for six months, and she never attended prom or graduation parties because she couldn’t afford her cap and gown. All of life's low points helped Tami and her mother to become strong, independent, knowledgeable, humble women who know, understand and appreciate the value of life. Tami even got the opportunity to study at Howard University.

Tami got married to former NBA player Kenny Anderson in 1994 and had two daughters with him, Lyric Chanel Anderson (born June 1994) & Jazz Anderson (born October 1996). They got divorced in 1998. In 2014, she started dating former NFL prospect Reggie Youngblood. Although she already had kids with her ex-husband, she aimed to have a third child with her boyfriend Reggie. However, due to her age, she was unable to give birth and has suffered three miscarriages. Tami has also been in relationships with actor Marlon Wayans.

Originally pursuing a career in modelling, Tami’s life turned around when she got a role on MTV’s hit reality television series ‘The Real World: Los Angeles’ in 1993. She gained so much fame and good feedbacks that she was cast in several ‘The Real World’ series, including The Real World Vacations: Behind the Scenes, The Real World Reunion and The Real World You Never Saw.

Besides being a cast of ‘The Real World’ series, Tami has hosted MTV Beach House, MTV Jams, Primetime MTV and Rude Awakening. She has also landed several recurring roles in other television series, like The Parkers, Card Sharks, 20/20, One on One, Basketball Wives, Extant, Marriage Boot Camp: Reality Stars and Celebrity Wife Swap. Currently, she is a cast member in VH1 reality television series “Basketball Wives LA”. She has also made guest appearances on JAG, One on One, The Drew Carey Show, Silk Stalkings and Sabrina, the Teenage Witch as well as several independent films, including MacArthur, Hair Show, The Last Stand and Something Like a Business.

Besides her acting career, she has been a weather correspondent for Los Angeles' KTLA-TV news, has owned her own consignment boutique and spearheaded an interior decorating firm and has been featured guest on The Oprah Winfrey Show, The Sharon Osborne Show, ESPN, E! News and several other outlets. She has a net worth of $500 thousand and is earning a lucrative amount of salary.