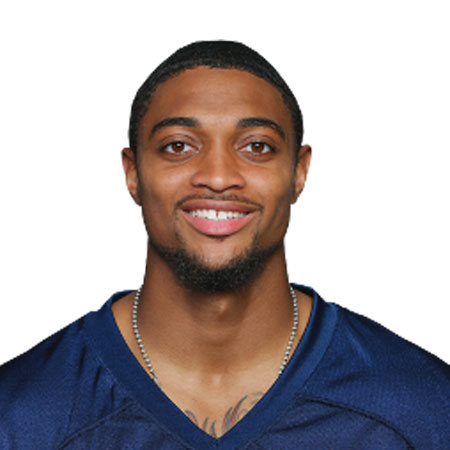 Tajae Sharpe is an American football wide receiver for the Tennessee Titans of the National Football League. He also played a college football at Ma s sachusetts. Tajee competed with Andre Janson, Kendall Wright, and Dorial Green-Beckham for the wide receiver position.

Tajae Sharpe was born on December 23, 1994, in Newark, New Jersey, United States. He falls in American nationality and belongs to Black ethnicity. He is the son of Tanya Sharpe and John Sharpe Jr.

He attended Piscataway Township High School in Piscataway, New Jersey. He committed to the University of Ma s sachusetts to play college football and was a two-star recruit by Rivals.com.

As a freshman, Tajae Sharpe played in 11 games and made eight starts at University Ma s sachusetts in the year 2012. After a year, he led the team with 61 receptions for 680 yards and four touchdowns as well as 85 receptions for 1,281 yards and seven touchdowns in 2014.

Sharpe also broke UMa s s records for career receptions and receiving yards, finishing the season with 111 receptions for 1,319 yards and five touchdowns as a senior at University Ma s sachusetts in 2015.

Tajae took part with Andre Janson, Dorial Green-Beckham, and Kendall Wright for a starting wide receiver position throughout his training in camp. He made his professional debut and first played in the Titans season opener against the Minnesota Vikings.

The 22 years old Tajae Sharpe is possibly single as he is yet to get married. He has never come out public with any of his relationships. Tajae is busy building up his career instead. Besides, he is also active on Twitter.

Tajae Sharpe is the successful young football wide receiver who is currently playing for Tennessee Titans. He signed a 4 year contract with the Tennessee Titans for $2,614,884, including a $274,884 guaranteed and $274,884 signing bonus. Sharpe’s average annual salary is $653,721.

Tajae also earned an enormous amount of net worth from his career, which is believed to be $4 million. He stands at the height of 6 feet 2 inch and his weight is 201 Ibs.

On May 10, 2017, Sharpe faced a lawsuit where he was the defendant along with his team mate Sabastian Tretola. The lawsuit explained that the teammates were hanging out at a Nashville bar watching 2017 NFL draft.

The law suit was claimed by Dante R. Satterfield. He explained in the lawsuit that Sharpe would lose playtime if Corey Davis was selected in the first round of the game. To which Sharpe responded by challenging him to a fight. Satterfield, on the other hand, claimed that he was knocked down and stayed unconscious for 12 hours and had to face facial fractures. He is suing to the former with $500000 in damage.