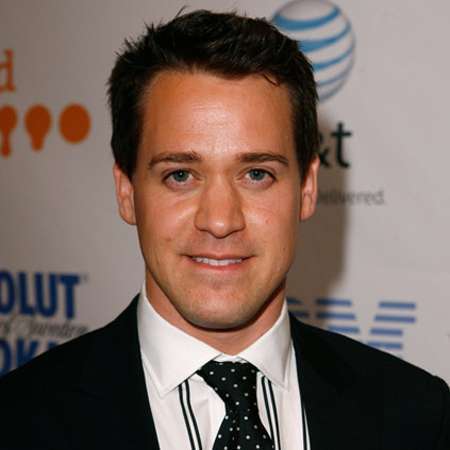 T.R. Knight was born as Theodore Raymond ‘T.R.’ Knight in Minneapolis, Minnesota, United States. He is of white ethnicity and follows Catholic religion. Knight is of American nationality. Since his early age, around the time he was five years old, Knight had begun working with Guthrie Theater. He had already made up his mind to pursue an acting career and earn a name and fame through it.

T.R. began attending Annunciation Catholic School in Minneapolis for grades K-8. He went on to earn the Conners Foundation Scholarship as a freshman and then went on to study in Children’s Theatre Company. He then began working at the Red Owl Supermarket. He began studying at the Academy of Holy Angels based in Richfield. He then went on to study in University of Minnesota. He got a role in 2002’s movie, Garmento as Daniel. Since then, he has been seen in movies like 42, A Year and Change, Hello Again and more. He was significantly seen in Sesame Street in 2006. Later he was seen in CSI, Frasier and Law and Order. However, Knight has gained worldwide recognition through his role as Dr. George O’Malley in ABC’s Drama Series, Grey’s anatomy. He has been seen in Grey’s Anatomy from 2005 to 2009. For his exceptional acting as George O’Malley, Knight received a nomination for 59th Primetime Emmy Award for Outstanding Supporting Actor in a Drama Series. He soon left Grey’s Anatomy when there was no communication with the show’s executive producer and because he came out as gay for the first time in public. Furthermore he has been seen in Law and Order: Special Victims Unit, The Good wife, 11.22.63, and X-Files. He has also worked both on Broadway and off-Broadway.

Not many people known that Knight is homosexual; however, the rumors were there. He has not publicly talked about his sexuality quite often. He met his boyfriend Patrick Leahy in 2010. The two got along very well. They began dating after a while. On 5th October 2013, the lovely couple went on to get married in Hudson, New York among loved ones and family members. Knight focuses more on his acting career rather than showing off his personal life in front of the media, thus not much is known about his private life. Knight does not have children with his spouse till date. Since their marriage there has been no affair from both ends. Knight is rather reluctant on speaking about his dating history.

Knight is currently 42 years old and stands tall at the height of 5 feet 8 inches. He is adored by his fans for his exceptional acting talents and his cute face. Knight has an estimated net worth of $3 million which shows his huge salary coming out of his roles in various series. Knight is a growing actor whose bio can be found on various social media sites like Wikipedia, IMDB, Twitter and many more.