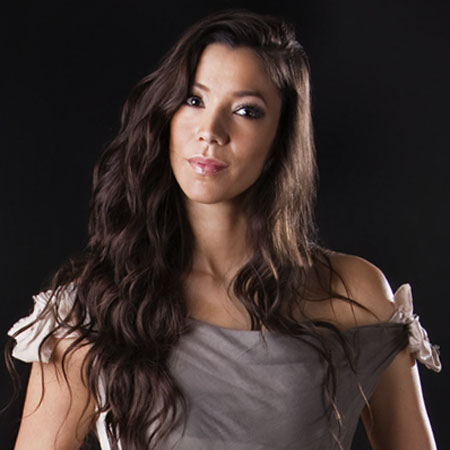 Suzie Ketcham, one of the last remaining original cast members on VH1 hit series 'Basketball Wives,' is a professional real estate agent and a socialite.

Suzie split her early childhood between the East Coast, U.S., and Hong Kong. Her parents divorced when she was four. So, she moved to Los Angeles where was raised there.

Suzie Ketcham is one of the main cast members of the TV reality series 'Basketball Wives.'

With the help of fame, she garnered through the show, Ketcham has launched a budding real estate career.

She aspires to make a mark on the real estate market in Miami's most posh neighborhoods. Ketcham is also known for her donation to different organizations. She is quite philanthropic.

In the show 'Basketball Wives,' Suzie along with her group has to cope with many emotional moments that are bound to come their way because of their a s sociation with famous basketball players.

Ketcham is quite the comic relief in the show, whether by showing the girls how using a pepper mill can pay off in the bedroom or by speaking her mind.

After officially announcing her exit from Basketball Wives, Ketcham had a change of heart.

The fun-loving free-spirited Chatterbox, Suzie, decided to return, but she was a lot more low key and tried to stay drama free. 'Basketball Wives' officially ended after its fifth season.

Reportedly, Suzie was paid $15 million off of the separation with Michael Olowakandi. Apart from that, her earnings from the 'Basketball Wives' and from her real estate career give her a lavish lifestyle and a healthy net worth of $2 million.

ketcham had a ten-year-long relationship with the retired NBA player. She has two children with the Nigerian-British basketball player Olowakandi.

Known to spit quotes like ''I am going to raise some hell'', Suzie got in various disputes during her time int the reality TV show 'Basketball Wives''.  Her loud and stern personality made her a favorite among fans.