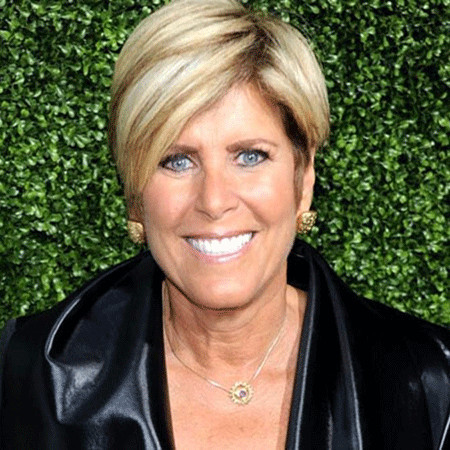 Born on June 5, 1951, in Chicago, Illinois, USA, Suze Orman’s full name is Susan Lynn Orman. She has an American nationality and has mixed ethnicity. Her parents are Jewish from the Russian and Romanian origin. She is the youngest amongst the three children of her parents.

After the completion of her education, she moved to Berkeley, California and worked as a waitress. She borrowed $52,000 from her friends and well wishers to open a restaurant. Suze Orman invested the money through a representative at Merrill Lynch which she lost the entire investment. Later, she was trained as an account executive at Merrill Lynch where she worked until 1983 and left to become the vice-president of investments at Prudential Bache Securities.

Later in 1987, Suze Orman resigned from the Prudential and founded Suze Orman Financial Group in Emeryville, California. She also began to host her show The Suze Orman Show in 2002 on CNBC.  The show concluded on March 28, 2015. She also has appeared on the Oprah Winfrey Show.

As a writer and author, Suze Orman has written several books and columns.  She has published seven books titled “The Steps to Financial Freedom”, “You Earned it Don’t Lose it”, “The Courage to be Rich”, “The Road to Wealth”, “The Laws of Money, ''The Lessons of Life” and “Women and Money”. She is also a former author of Yahoo!’s “Money Matters”. She is also a contributor to The Philadelphia Inquirer and also has written for Connection Magazine.

Suze Orman is paid a handsome salary. She is estimated to have the net worth of $35 million which she owned with her hard work.

Suze Orman is openly a lesbian which she announced in February 2007. She is a married woman. She is married to her wife Kathy Travis. She acts as a husband in the marital relation. They had met at a dinner party in California and were introduced by their mutual friend. The couple got married in 2010 and has been enjoying their married life to fullest. She trusts her wife very much and is seen together very often.

Suze Orman is appreciated by some and some have questioned on her understanding of comprehensive financial planning in the industry. She is one of Oprah’s favorite female financial advisors. Some people also called her “a scammer”. Suze Orman introduced a prepaid debit card called “Approved” backed by Bancorp Bank, in 2012 which was aimed at budget-challenged consumers. Two years later the program got an end.