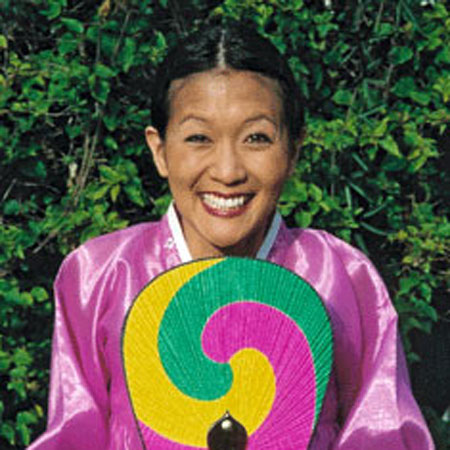 Suzanne Whang was born on 28th September 1962 in Arlington, Northampton Country, Virginia, Unites States. She is an American actor, television host, published author, minister, comedian, radio host, producer, writer as well as political activist. She is better known as the former host for eight years in series ‘House Hunters’ of HGTV. Suzanne’s father and mother were born in Seoul. She is of an American nationality.

Suzanne Whang completed her B.A in Psychology from the Yale University and she has an MSc degree in Cognitive Psychology from the Brown University. From the year 1999 to 2007, she has hosted a reality show named House Hunters on an American television Home and Garden Television. The show was about searching the new home for individuals, family or couples. At that time, she had also a recurring role as Polly, who was a spa manager on NBC’s drama Las Vegas.

Suzanne Whang made her debut in television from the FX network’s two-hour morning show named Breakfast. After that, she co-hosted the network’s show named Pet Department. In the year 2002, at the Las Vegas Comedy Festival, Suzanne won the Best Up and Coming Comedian Award. The award was for her controversial alter-ego character named Sung Hee Park.

In the same year, Suzanne Whang wrote as well as co-starred a short film named ‘Seoul Mates’. For the film at the Los Angeles 48 Hour Film Festival, she has won the Audience Award and Best Acting Award. At the 2004 New York Comedy Festival, she has won her first annual Andy Kaufman Award.

In the same year in November, Suzanne Whang joined the cast of a program entitled Don’t Tell My Mother. The program was about a monthly storytelling where different writers, as well as performers from television as well as film, share their true story which they would never want their mothers to know. The show was created by film producer Lizzie Czerner and also by Nikki Levy. The launch of the show was in the lobby of the Bang Comedy Theatre.

In the year 2013 19th October Suzanne Whang married her longtime boyfriend Jay Nickerson. The marriage ceremony took place in The Church of St. Paul and St. Andrew in the Manhattan. The couple first met while they were working in theater in ‘My Sister Eileen’ two decades prior. After they met after some time they started dating each other. Suzanne is the good friend with Kelly De Sarla.