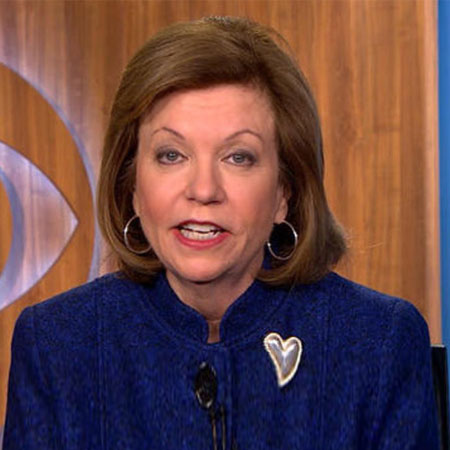 Susan Page is an award-winning American journalist; she is the current Washington Bureau chief for USA Today.

Susan Page was born and raised in Wichita, Kansas, on February 12, 1951.  She has a brother named Jill. Page joined Southeast High School located nearby her hometown. Susan was very pa s sionate about music and journalism since her early life.

Susan Page worked as an editor-in-chief of Hoofbeats, a school yearbook, and also worked for The Stampede, as an editor and reporter.

Music was Page's pa s sion since her childhood, so she started studying the oboe when she was in third grade and has played in school orchestras since then. Susan also went to a summer music camp.

Susan Page tried to keep both her Journalism career and her pa s sion for music together but ended up making Journalism her priority. She went to Northwestern University and then to Columbia University for her master's degree in Journalism.

Susan Page's career began when she got involved in journalism during her school years. Since then she has been working in this field. She is now a big TV personality.

The page has covered around four White House Administration and six Presidential elections and interviewed past seven presidents as well as the other seven losing candidates. Later in the year 1995, after she covering White House and National Politics, Page joined USA Today as White House Correspondent.

Susan Page is also the recipient of the American News Women's Club 2017 Excellence in Journalism Award.

Susan Page is currently the Washington Bureau Chief for USA Today and has had a long-standing career in American journalism. Her net worth is likely a double-digit million, if not under $10 million.

Susan Page is married. She got married to her long-time boyfriend Carl P, Leubsdorf, in the year 1982, on May 22.  Mr. Leubsdorf is also a journalist; he is the Washington D.C Bureau chief for The Dallas Morning News.

The couple has two children; Ben Leubsdorf and Will Leubsdorf. Besides that, the couple has an additional five children from Carl's previous wife.