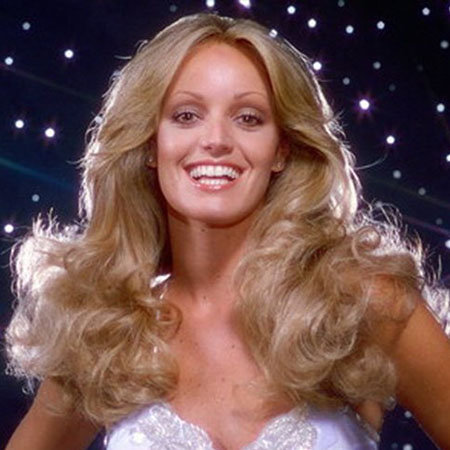 Susan Anton was born on 12th of October, 1950 in Oak Glen, California, United States of America. She was brought up in the USA. She was very much interested in singing since her childhood.

Susan Anton initially attended Yucaipa High School and graduated from there in 1968. After that,  she attended San Bernardino Valley College. Firstly, she won the nearby Miss Redlands and later she won the Miss California beauty contests in 1969. She was able to tie up as second runner-up in the 1969 Miss America Scholarship Pageant. Susan Anton appeared on the game show Password at the early age of 19 but couldn’t win the show.

Susan Anton developed a fan following for her Muriel Cigar commercials where she sang, “Let Muriel turn you on/ That is my desire / Muriel lights a flame in me / Where there’s Muriel’s smoke, there’s fire”. She appeared approximately 30 times on Merv Griffin’s TV show later in the 1970s. Susan Anton announced her name and sang company’s jingle in the television, print and radio ads for the Perfect Sleeper mattress by Serta.

She was given a summertime variety series, Mel and Susan Together, by ABC in 1978. However, the show disappeared after four weeks. Susan Anton was later chosen as one of Time Magazine’s “Most Promising Faces of 1979.”

Later, she starred in her own variety show, Presenting Susan Anton, Stop Susan Williams and in the films Spring Fever, Goldengirl, and Cannonball Run II. Her biggest hit as a singer was “Killin Time”. She sang this song as a duet with country singer Fred Knoblock. It made Top ten on the country charts and hit#28 on Billboard’s Hot 100.

In the year 1990, Susan Anton appeared on the TV comedy series Night Court’s episode called “The Talk Show”. She played the role of a talk show producer in the series. She was the host of the successful show “Great Radio City Music Hall Spectacular” at the Flamingo Hilton in Las Vegas in the year 2000. Besides that, she also appeared in the Las Vegas company of the musical Hairspray and on Broadway in The Will Rogers Follies, All Shook Up, and Hurlyburly.

Currently, Susan Anton resides in Las Vegas. Her affair with English film and TV star Dudley Moore was much publicized in the early 1980s. But she married television actor Jeff Lester on August 15, 1992. It was her second marriage after divorce with her first husband Jack stein in 1980.

Susan Anton stands tall, attractive, and beautiful with the height of five feet and eleven inches. Her net worth is estimated to be of about $10 million accumulated from her salary as an actress and singer. The bio of the famous and multi-talented Susan Anton can also be found in Wikipedia, twitter, and more