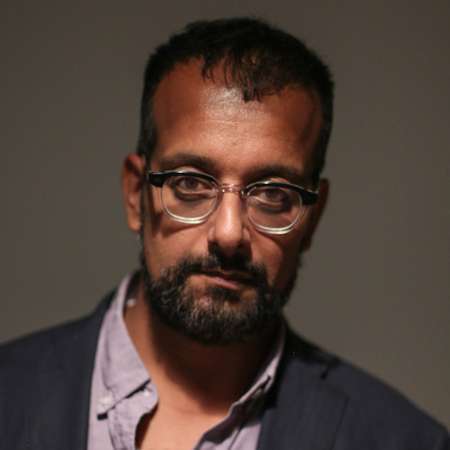 Suroosh Alvi is a Canadian journalist and filmmaker as well as the co-founder of VICE magazine, a youth media brand currently operating in 34 countries. He was born on March 26, 1969, in Toronto, Canada. He was born to Pakistani parents and is currently residing in New York City, New York, US. He is an expert on global youth culture and music as well as an excellent journalist covering stories from conflict areas around the world.

In 1994, Suroosh Alvi founded VICE with Shane Smith and Gavin McInnis in Montreal, Canada. VICE, currently a magazine and website focused on arts, culture, and news topics, was originally a punk magazine. It has expanded and diluted into Vice Media, which consists of divisions including the magazine and website, a film production company, a record label, and a publishing imprint. VICE has produced over 60 original series, mostly covering news, travel, arts, music, and fashion.

As a journalist, Suroosh Alvi travels around the world, covering stories and reporting from conflict areas and war zones like Democratic Republic of Congo, Pakistan, Afghanistan and the Gaza Strip. He has hosted and produced award-winning doc u mentaries on conflict minerals in Congo, the war in Iraq, the rise of the Taliban in Pakistan and other controversial issues, movements, and subcultures across the globe.

The ‘VICE’ guide to Karachi is one of his excellent works where he interviewed a motorcycle hit-man who claimed kill at least 30 people, accompanied police as they look for suspected members of the Taliban and also visited one of the largest garbage dumps in the world in Karachi, the largest and most dangerous city of Pakistan.

In 2002, Alvi created VICE Music, the company’s record label. They have partnered with over 50 artists and sold more than 7 million albums worldwide. Snoop Lion, Action Bronson, and Black Lips are some of its clients. In 2011, Alvi launched a partnership between VICE Music and Warner Bros. Records.

Alvi has also directed and produced films under VICE Film such as “Heavy Metal in Baghdad”, Gun Markets of Pakistan, Life after Bin Laden in Pakistan, Vice Guide to Karachi: Battle of Lyari, etc.

Suroosh Alvi was born to Sajida S. Alvi and Sabir A. Alvi, both of whom are academics, the former being a professor at McGill University and the latter being a professor at the University of Toronto. Alvi, himself, studied philosophy at McGill University in Montreal, Canada. He is currently 45 years of age. He moved to New York City in 1999. He is married and currently lives in an apartment in New York City with the wife.

Other than that, his personal information related to his family, children, marriage, etc are unknown to the public. Even though he is a New Yorker, he spends a majority of his life in foreign countries, especially in conflict areas, where the films and doc u ments what he witnesses for the Vice magazine. His current net worth is estimated to be 400 million dollars.