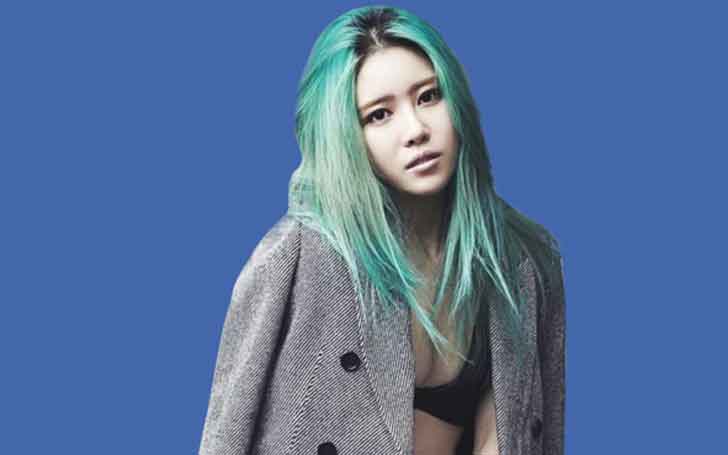 Korean Pop star Suran also recognized by her stage names Baily Shoo and Elena is a South Korean singer, songwriter and record producer. She is famous for her song and extended play named Wine and Walkin' respectively which was released in 2017. She won numerous awards including Melon Music Awards, Golden Disc Awards, and  Seoul Music Awards.

Early Life And Education Of Suran

Suran was born Shin Su-ran on July 15, 1986, in Busan, South Korea, under the birth sign cancer. She studied computer science as a major in college. Growing up, she had no interest in singing, started singing only in her early 20s.

Suran kicked off her singing career as part of the duo Lodia and on July 9, 2014, they released the single I Got a Feeling. In November 2015 she again released track Calling In Love which featured rapper Beenzino. The same year, she also featured in Primary's song Mannequin along with Beenzino and Zico's Pride and Prejudice.

During 2016 Suran released 3 singles, Paradise Go, Winter bird, and Ddang which featured Hwasa. In 2016, she featured in many of the songs by different artists like  Xitsuh, Code Kunst, Kiggen, Tak and Mad Clown.

In January 2017, she appeared on MBC's King of Mask Singer as a contestant named Skip to the End, Hello. A few months later, she released a digital single Wine in a collaborative production with Slow Rabbit and BTS' Suga featuring rapper Changmo who also co-produced. The song ranked #2 on the Gaon Digital Chart.

After the success of the single, on June 2, 2017, Suran released her debut extended play Walkin'. The title track of the EP, 1+1=0 featuring  Dean was released on the same day peaked at #32 on the Gaon Digital Chart.

As of 2018, she sang the soundtrack named I'll Be Fine in A Korean Odyssey and released her single A Pleasant Meal. Also, she won the Golden Disc Award in the category Best R&B and Soul and Seoul Music Award in the category of R&B/Ballad Award. She was also nominated in the Global Popularity Award and Digital Bonsang Award. And in 2017 she also won Melen Music Awards.

K-pop singer Suran has worked in more than two dozen projects so it can be a s sumed that her income and fame to be high. Her net worth is estimated to be in six digits, however, the official figure is still under review.

On March 27, 2018, rumors began circulating that Suran and Suga are dating. It all started when she posted a picture of food with the word “yoongi,” which means shine in Korean, people started gossiping that Suga is Suran's boyfriend.

On March 31, she clarified the dating rumors on Instagram. She wrote,

Hello, this is Suran. First, I’d like to offer my sincere apologies if there is anyone whom I unintentionally wounded

I used the phrase to mean ‘shine’ as in a ‘gleaming luster. I was happy because after taking a bite of the sweet dessert, my thoughts were suddenly filled with new ideas, and I used the expression to convey my happy feelings.

It was a post that I uploaded simply because the macarons sent to me by an acquaintance were pretty, and since I was grateful, I wanted to promote them.

Besides this, she has not mentioned anything about her past relationship.

She is active on Instagram with 320k followers and more than 35k followers on Twitter.  She has cited artists Amy Winehouse and Kimbra as some of her biggest inspirations. Moreover, Suran has a cheerful personality and likes listening to music, loves coffee and indoor activities.