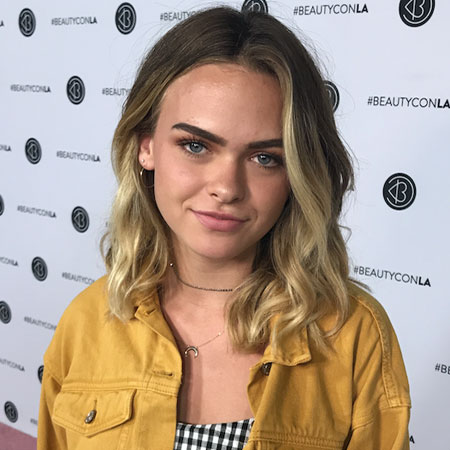 YouTube personality and Internet sensation, Summer McKeen is known for her self-titled channel, ‘Summer McKeen’ where she uploads videos about makeup tutorials and the latest fashion.

As of 2018, McKeen has more than 1.1 million subscribers on her YouTuber channel. She also made her acting debut after appearing in the web series After-schooled, starring, Hayley LeBlanc, Jenna Davis, and others.

Summer McKeen was born on 12th May 1999 in Eugene, Oregon, United States of America. She belongs to white ethnicity and holds an American nationality. She has two sisters Madison McKeen and Brie McKeen.

McKeen is interested in acting since her childhood and has a dream to become successful in Hollywood. Currently, she is focusing on her studies.

Summer McKeen started the YouTube channel, ‘Summer McKeen’ in 2012. Since then, she is posting various videos about makeup tutorials and fashion. She has more than 1.1 million+ subscribers.

In one of her interviews, McKeen shared how she was inspired to make a YouTube channel. She said:

"I used to make little videos on the family computer and I would edit them just for fun but then I found YouTube and thought, 'why not share them with others?' and so I did, the rest is history."

Some of her popular videos include Natural Drugstore Makeup Tutorial for School, HIGH SCHOOL MAKE-UP, and GET READY WITH ME.

McKeen has an estimated net worth of around $65,000. Her main source of income is her YouTube channel.

McKeen along with her boyfriend, Jordan was featured in the video, 'Boyfriend Tag'. The video was published on January 29, 2017, and has received more than 1.3 million views to date. She is pretty opened up about her personal life with her fans. She says:

Here is a video of Summer Mckeen's Full Interview with LACE Magazine where she is talking about her YouTube Channel, fans, and boyfriend.