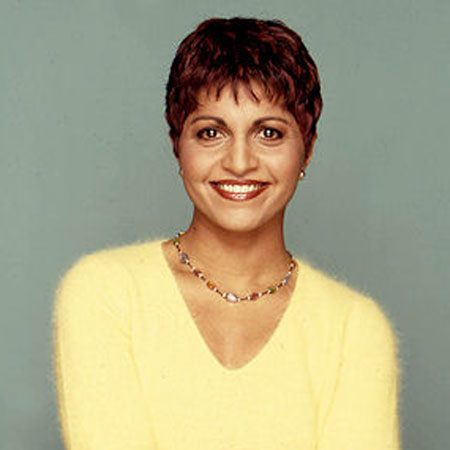 Suhana Meharchand is a Canadian CBC News Network anchor. She is also the host of the CBC News Now. The show airs from 10 am to 1 pm on weekdays.

Meharchand was born on 22nd April 1962 in Durban, South Africa. She was brought up in Toronto, Ontario, Canada. In 1968, she immigrated to Canada. This 55 years lady holds Canadian nationality and belongs to African American ethnicity.

She completed graduation from Toronto's Ryerson University in broadcast journalism.

Suhana Meharchand was inspired by her uncle to choose her career in journalism. Her uncle used to run an underground newspaper in his birth country South Africa.

Meharchand began her career in journalism at CHCH-TV,  a TV station in Hamilton Ontario. She then moved to Ottawa for three years where she worked as a general reporter as well as a weekend anchor at CJOH-TV, a  CTV affiliate. Suhana worked as the producer and the host of What's New on CBC-TV from 1987 September to 1989 July. She eventually became the anchor on Saturday Evening News for the Toronto London-Windsor region.

Meharchand then got appointed as an anchor of the CBC's regional newscast on CBLT in Toronto in September 1995. She  Bill Cameron who moved to Halifax to anchor the CBC Newsworld's morning telecast. After that, she became the anchor of the 11 pm newscast.

Suhana Meharchand has been nominated for two Gemini Awards to date. She has also won several international awards for her documentary work. In addition, she has also won the Columbus International Film and Video Festival at New York Film and TV Festival.

Meharchand has also received the Paul Harris Fellowship award by Rotary International. Suhana is also the recipient of the Honorary Membership of the Canadian Women's Foundation.

Suhana Meharchand was previously married to Ron Clarkin. She has two children; Mariah and Acton with her first husband. Meharchand is divorced from Ron Clarkin.

After her divorce, Suhana was engaged to Adam Vaughan. He was a Citytv political journalist as well as a Toronto City Councillor. The couple has a daughter named Mimi. However, this relationship didn't work out as well.

In an interview for Toronto, Star Suhana said on their relationships by saying, he gave too many answers but did not ask enough questions.

Once she also became the headline after one of the persons accused her of behaving like a lousy left-handed blogger.

How Much Is Suhana Meharchand's Net Worth?

Suhana Meharchand's net worth is $1 million or more, most likely. After all, she has had quite a career in Candian Journalism and television history. The average salary of the journalist in the USA is around $40733, so she also might be getting her salary in the same range.