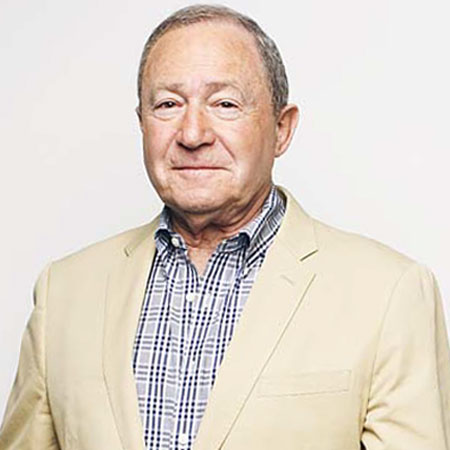 Steve Liebmann is an Australian television anchor and radio broadcaster. He is best-known as a former television reporter, correspondent, and co-host of Today on The Nine Network.

Steve has received many awards  News presenter of the year and Penguin Award as a  recognition for his contribution to news.

Steve Liebmann was born on 9th September  1944, in Australia. He is a white Australian as per his nationality and doesn't  belong to any particular ethnicity. Steve spent his childhood in Cooma, Australia with his family.

Steve attended Monaro High School and became a journalist in Cooma on Radio 2XL while still in high school. He hosted “Teen Scene” from 5:30 pm to 6:00 pm week daily where he played the latest records.

In 1962 Steve moved to Canberra, there he worked at 2CA. He later moved to Sydney in 1967 and took up a position with Channel Seven’s Sydney bureau as news editor and on-air presenter.

Steve Liebmann became a senior journalist at Radio 2UE in 1968. He presented afternoon news and public affairs program on the station; it was which the top show in its timeslot.

After Radio 2UE, Steve joined 2SM in 1976 and became the host of Seven’s 11 am program and also anchored the station Sydney evening news. He left Radio 2UE  and joined the Nine Network.

Leibmann became the original co-host of the show Today in late 1981. He stayed with the program for six years. Then, he joined the Ten Network to anchor TEN-10 Sydney’s Eyewitness News alongside Geraldine Doogue.

Steve again joined Today in 1990 and presented the program across Australia five days a week until January 2005.  He retireded at the age of sixty, mainly due to a mild heart attack. He was replaced by National Nine News US correspondent Karl Stefanovic.

Along with other television shows, he has a contract with 2UE as well and does some corporate work and public speaking. He resigned from 2UE in November 2009.

Steve Liebmann is married. He first met Di Liebmann in the year 1968. After dating for a year, Steve and Di got married on 15 February 1969. The couple is blessed with three children.

Steve and his wife are living happily together along with their sons and daughter. Steve loves to play and watch tennis.

Though no exacts figures regarding his salary aren't known, his net worth is estimated to be no less than $8 million.