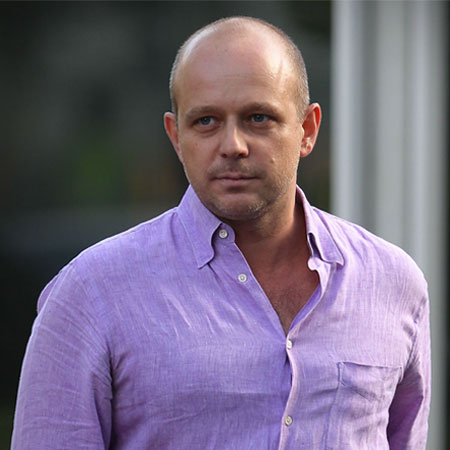 Steve Hilton is a Strategy Guru for the former Prime Minister and leader of Conservative Party David Cameron from 2010 to 2016. Steve is also serving as a contributor on politics and technology at Fox News and the chief executive of startup Crowdpac.

Born on 25 August 1969 in the United Kingdom, Steve Hilton is the son of Hungarian immigrants. His parents had the surname Hircsak, initially coming to Britain claiming asylum and later anglicized to Hilton.

Steve Hilton has British nationality and is of the mixed ethnicity of European ancestry.

He is a scholar at Christ's Hospital School in Horsham and is a graduate of the New College, Oxford majoring in Philosophy, Politics, and Economics.

Steve Hilton made his career move just after his graduation joining at the Conservative Central Office. He got to be good friends with David Cameron and Rachel Whetstone, who would be his future wife.

“There is nothing. Not more jobs, not higher incomes, not even less risk of nuclear war- that matters more to these elitists than their unhinged hatred of Donald Trump and Everything- Everyone- he stands for.” #NextRevFNC #SteveSays @foxnews

Steve Hilton served as a visiting scholar at Stanford University's Freeman Spogli Institute for International Studies for a year. He is also a co-founder and current CEO of Crowdpac.com.

He supported the Brexit campaign and also supported Hillary Clinton over Donald Trump in the American presidential campaign. Steve has faced a lot of criticisms in his political journey.

Apart from his political career, he is also an author. He has written a book titled More Human, published in 2015 that advocates for small-scale organizations.

Steve Hilton has not disclosed much on himself so is his net worth. He was reported to have a salary of around 180,000 pounds back in 2008, which is a lot of money.

Together with his wife Rachel, Steve Hilton is obviously the owner of multi-million net worth as inherited by their possessions and professional positions.

Steve Hilton, besides being the director of Strategy for former British Prime Minister David Cameron, is also good friends with him and was the godfather of his son Ivan. However, due to the contradictory professional lingoes, their friendship turned cold.

Steve is married to his long-time dated girlfriend turned wife, Rachel Whetstone. She is a former political secretary to Michael Howard and former head of communications at Google. At present, Rachel is serving as the Senior Vice President of Policy and Communications at Uber.

The couple got married in 2008 and is blessed with two children, both sons, and the eldest one is named Ben Hilton. The family is living in their house in Paolo Alto, California. He loves to spend time with his sons.

Steve Hilton has the trademark of wearing skin-tight black T-shirts and jeans and has given up smoking.

He is known as a driven workaholic who loathes limelight and interviews hence his personal affairs are less known.