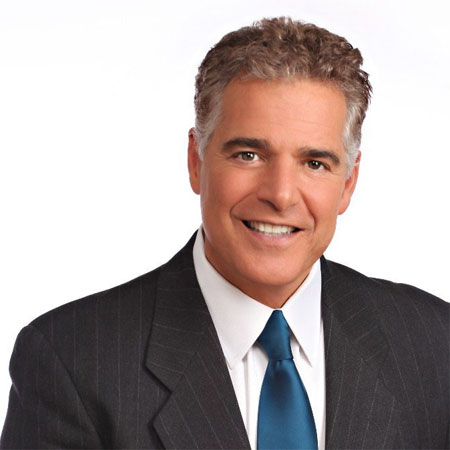 Steve Adubato is a TV broadcaster, author, motivational speaker, leadership and communication coach, syndicated columnist, and university lecturer. At the age of 26, he worked as New Jersey's youngest state legislator in the New Jersey General Assembly. As an author, Adubato has written four books and a doctorate degree holder in the field of mass media and communication. Adubato is married and has four children. He is married to Jennifer Adubato and is currently residing in Montclair, New Jersey with his family.

Born on October 17, 1957, Steve N. Aduabto Jr. is the son of Steve Adubato Sr. He is a native of Newark, New Jersey who holds American nationality and belongs to White ethnic background. He has two sisters, Michelle Adubato and Theresa Adubato.

Adubato is also famous for anchoring. He is a columnist as well as a lecturer at the university. At the age of 26, he was elected as the youngest state legislator of New Jersey.

Adubato was interested in politics from his early days. He was inspired by his father, Steve Adubato Sr. who was a known Democratic politician of New Jersey. In 1983, he was elected to New Jersey General Assembly.

Adubato is famously known for his work in public television, commentary on radio programs and his columns. He is a broadcast journalist and author of a non-fiction book Speak from the Heart-Be Yourself Get Results. Also, Adubato is a guest lecturer at universities and a visiting lecturer at Rutgers University.

Adubato's column is titled NJ Connects with Steve Adubato on NJ Voices: Opinions from New Jersey. He also contributes his writing pieces to New Jersey periodicals like NJBIZ, The Press of the Atlantic City, New Jersey Monthly and The Record.

Adubato found a program to train young leaders for tomorrow-Stand & Deliver: Communication Tools for Tomorrow's leaders. Founded in 1999, this program trains young people of Newark, New Jersey in skills such as communication, peace-making, interviewing, advocacy, and much more. Stand & Deliver is famously known for training 500 young leaders every year to become better citizens and work for tomorrow.

Adubato has received four Emmy Awards. He was presented the ï¿½Best Hostï¿½ Emmy Awards by Mid-Atlantic Chapter of National Academy of Television Arts and Sciences in the years 1995, 2000 and in 2001.

Adubato was named in the top-five-most-powerful media figures by New Jersey Monthly. Also, he has also been selected in the ï¿½50 Most Interesting Peopleï¿½ and ï¿½25 Most Influential People in New Jerseyï¿½ by the same magazine.

Adubato is a married man and has four children. He tied the knot to Jennifer Adubato in a private wedding ceremony.

Adubato resides in Montclair, New Jersey with his wife and children. He has shared few details regarding his personal life.