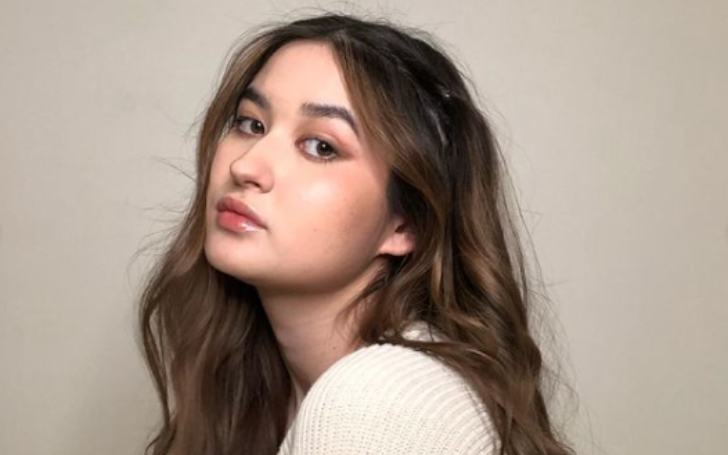 Stephanie Poetri, 21, is an Indonesian singer-songwriter and record producer who ama s sed over 425 million streams in 2019 for her single I Love You 3000. Her other singles are Do You Love Me and Touch.

Poetri's Journey To Fame- Where Is She Now?

Based in Jakarta, Indonesia Stephanie got her first share of fame in 2015 when she and Goodbye Felicia performed a cover of Bimbang for the Indonesian teen film Ada Apa Dengan Cinta? 2.

She released her debut single titled Appreciate in 2019 which was released in Indonesian and the English version.

On 3rd June 2019, Poetri made her career breakthrough with the single "I Love You 3000". She got her inspiration for the song from an Instagram Q&A with her followers. 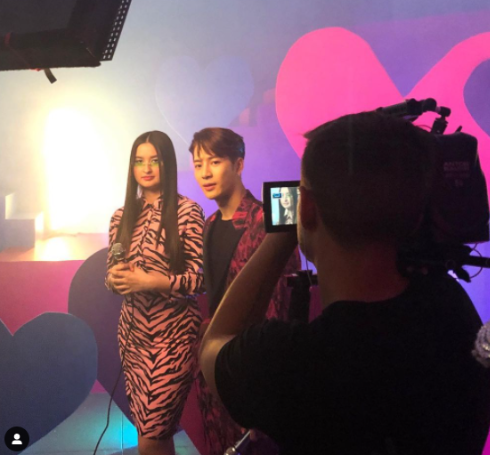 CAPTION: Stephanie and Jackson on behind the scenes of a music video SOURCE: instagram @stephaniepoetri

She later released a remixed version in collaboration with rapper-singer Jackson Wang who is a member of a South Korean boy band Got7. The song was released on 88rising's Head in the Clouds II and also hit the Billboard social charts in China.

As of February 2020, she released two new singles entitled Do You Love Me and Touch and has a combined view of over 10 million on YouTube.

Likewise in December 2020, Stephanie released her single, Selfish from her debut EP AM:PM. The EP was released on 12th March 2021 by Infinite Thrills, 88rising, and 12 Tone Music.

AM:PM was composed in the midst of the COVID-19 pandemic and has hit singles like Daydreaming, IRL, 3PM, Paranoia, and How We Used To.

How Rich Is Stephanie Poetri?

The 21-year-old singer-songwriter began her career in 2019 and is currently signed to 88rising. According to various online sources, she has a net worth of $400 thousand as of 2021.

Stephanie Poetri Dougharty was born on 20th May 2000 in Jakarta, Indonesia to an American father Andrew Dougharty, and an Indonesian mother Titi Dwi Jayati who is also a singer-songwriter.

Talking about her educational qualifications, she went and graduated from Global Jaya School.

Poetri is single as of 2021. Looking through her social media accounts, she is focused on making her career and enjoying life.