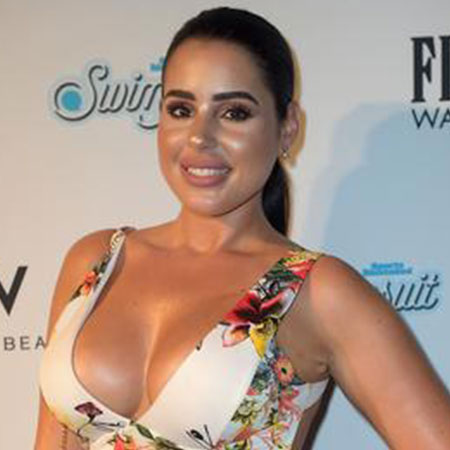 American Singer and model, Stephanie Acevedo is known for being a signee to the Young Money Music label. She also gained a fame from music videos and her modeling career. On November 26, 2015, Acevedo premiered as a backup vocalist on the Lil Wayne song "Crystal Ball" on his No Ceilings 2 mixtape.

Stephanie Acevedo was born on October 11, 1990, in Miami, Florida, USA, under the birth sign Libra. She is half-Cuban and Puerto Rican descent.

She spent her early life in Miami, Florida with her parents. Acevedo earned a degree from the Miami Dade College as a Medical student.

Stephanie Acevedo began her career as a model for several modeling agencies in the Miami, Florida Area. She has also done a number of editorials, photo shoots, and portfolio shoots.

In the year 2011, she appeared in a few short movies. Later, she moved to a singing career and worked with Lil Wayne in his song, Crystal Ball-No Ceilings 2 mixtape on 26th November 2015. The same year, she joined as a Young Money signee, along with hip pop artist Christina Millian.

In her beginning days, she used to work continuously for 16- 18 hours. Moreover, she has hosted and joined several events across the countries and also in European countries.

Furthermore, she released her official new single song name as Acercate in 2016. The song was directed by Aaron M Abelto, and is also available on Lil Wayne's YouTube Channel.

As of 2018, Acevedo is working on debut task to drop on YM along with Betty Wright, who is her training coach for music.

Stephanie Acevedo has earned a considerable amount of money from her modeling and singing career. However, the exact amount of net worth is yet to be revealed. If we believe the sources, she has an estimated net worth of $1.2 million. Moreover, the average salary of the American model is $49k to $90k annually and we can a s sume she also earns the same range of money.

Stephanie Acevedo is yet to be married, and as per the sources, she is also not dating anyone officially as of 2018. Her secretive nature makes difficult for us to ascertain anything regarding her love life and boyfriend.