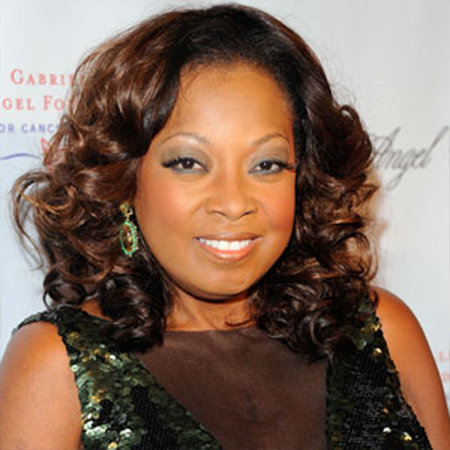 Star Jones was born on 24th of March, 1962in Badin, North Carolina, United States of America. Her mother was a human serviced administrator. She grew up with her mother and her stepfather in Trenton, New Jersey.

Star Jones joined Notre Dame High School, New Jersey and graduated from there initially. After that, she earned her B.A. degree in Administration of Justice at American University.  She earned a J.D. degree from the University of Houston Law Center in 1986. After that, she was admitted to the New York state bar in 1987.

Star Jones was a prosecutor with the Kings County District Attorney’s Office in Brooklyn from the year 1986 to 1991. She got elevated to a senior a s sistant district attorney in 1992. After that in 1991, she was recruited by Court TV as a commentator for the William Kennedy Smith rape trial. Moreover, she spent several years as a legal correspondent for NBC’s Today and NBC Nightly News.

Star Jones joined The View as one of its original four co-hosts. Her tenure was marked by controversy at times. Star Jones had undergone gastric bypa s s surgery in August 2003. After the surgery, she lost 160 pounds but she concealed the fact until 2007. She was criticized for initially being dishonest and claiming that she had lost weight via diet and exercise.

Star Jones announced that she would return to her original network, Court TV as its new executive editor of daytime programming on 7th of March, 2007. She premiered as a guest –driven live broadcast covering recent stories from the worlds of pop culture, crime, entertainment, and justice on 2007.

Not only that, Star Jones also appeared on a celebrity version of "Are You Smarter than a 5th Grader?" in 2009, during which Jones won $25000.

Al Reynolds proposed to Star Jones during the 2004 NBA All-Star Game. Al Reynolds is an investment banker. After being known as his girlfriend for a few period of time, Star Jones married him on 3rd of November, 2004.

Their wedding was held at Saint Bartholomew’s Church in New York City in front of 500 guests. After the marriage, Star Jones started using the name “Star Jones Reynolds” professionally. But, she again reverted to “Star Jones” in the year 2007. The couple announced that they were divorcing on 9th of March, 2008. Star Jones had to undergo a cardiac surgery for a thoracic tumor on 17th of March, 2010.

Star Jones stands beautiful and attractive with a medium height of five feet and five inches. Her net worth is estimated to be $ 18.5 million acc u mulated from her work as a journalist, writer, TV personality, fashion designer, and women’s advocate.