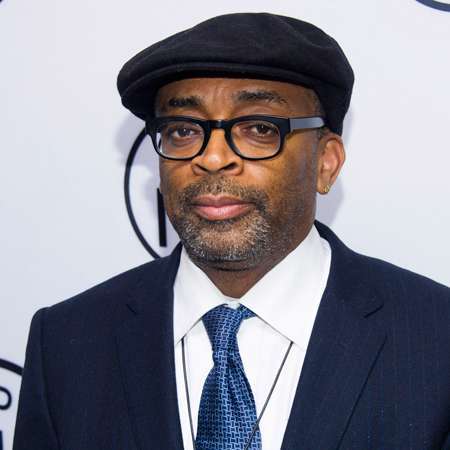 Shelton Jackson Spike Lee is an Academy Award-winning filmmaker, director/producer and actor. He is the owner of his production company 40 Acres a Mule Film works. Under the banner of it, he has produced over 35 films since 1983.

He has received several accolades during his three-decade-long filmmaking career. He is a receiver of numerous awards including an Academy Awards, Gish Prize, Grand Prix and BAFTA Awards.

He is married to Tonya Lewis since 1993. He shares two children with her.

Spike Lee was born with his birth name Shelton Jackson “Spike” Lee who was born on March 20, 1957. He was born in Atlanta, Georgia of United States holding American nationality and Afro-American ethnicity.

Since 1977, he is working in the film industry withholding a variety of positions as an actor as well as screenwriter and director in the Hollywood. He was born to father William James Edward III, a musician with as well as a Jazz composer and mother Jacqueline Carroll, a teacher of arts and African literature.

Lee has three younger siblings; Joe, David and Cinque. When he was a child, he moved to Brooklyn, New York with his family. His childhood nickname was Spike. He attended John Dewey High School in Brooklyn’s Gravesend neighborhood.

Lee enrolled in Morehouse College, a historically black college, where he made his first student film, Last Hustle in Brooklyn. He completed B.A. in ma s s communication from Morehouse major with film and acting. He then earned MA in Fine Arts in film & television from the New York University’s Tisch School of the Arts.

Right after graduating from the Clark Atlanta University, he taught filmmaking course at Harvard University and then taught at Tisch School of the Arts in the Graduate Film Program during his Master’s level.

He made indie film Joe’s Bed-Stuy Barbershop: We Cut Heads as the thesis of his MA degree. His film was the first student film to appear in Lincoln Center’s New Directors/New Film Festival. The film also won an Academy Award for Student Academy Award category.

In 1985, Lee began work on his first feature film, She’s Gotta Have It. It grossed over $700K on a budget of $175K. He wrote, directed, produced and also acted in the film. His next film Do the Right Thing (1989) earned an Academy Award nomination for Best Original Screenplay.

Following year, he made a film Mo’s Better Blues with a star casts Denzel Washington and Wesley Snipes. After the release of the film, several critics accused him of anti-semitism and criticized the characters of the club owners Josh and Moe Flatbush described as shylocks. But, Lee denied the charge and said that those characters in order to depict how black artists struggled against exploitation.

In 1992, he made an epic biographical drama film Malcolm X- based on the Afro-American activist Malcolm X. The film featured Denzel Washington, Angela Ba s sett and Lee himself in the leading characters.

In 1997, he produced a doc u mentary film 4 Little Girls- based on the children killed in the 16th Street Baptist Church bombing in Birmingham, Alabama which nominated for an Academy Award for Best Feature Doc u mentary.

His subsequent film He Got Game (1998), a family drama that is both an expose of college basketball recruiting practices and a pean to the sport. His film 25th Hour (2002) focused on the last day of freedom for a convicted drug dealer (played by actor Edward Norton). He often casts Denzel Washington in his projects.

In 2006, his film Inside Man starring Denzel Washington and Jodie Foster which focused on the negotiations between the police and the bank robbers engaged in a hostage situation.

Spike Lee is one of the popular filmmaker, producer and director who earns a huge amount of money from his numerous hit films. According to Celebrity Net Worth, her net worth is $40 million to date.

He earned $3 million to direct his popular film Malcolm X (1992). He also made at least $3 million salary for several films including Summer of Sam, Inside Man.

He also owns numerous houses and properties in different places. His primary residence is a 9000 square foot townhome located in Manhattan’s most expensive Upper East Side Zip code. He bought the hose in 1998 for $4.75 million and now it worth an estimated $30-$40 million.

He also has another house in Brooklyn which he bought back in 1991 for $820,000. His two-acre estate in Martha’s Vineyard worth $400K. He also owns several luxurious cars and vehicles.

Spike Lee is a married man. He is married to Tonya Lewis since 1992. He got married after a long affair and dating a girl named Tonya Lewis and they officially tied their knot into married life in the year 1993.

They share two children; a son and a daughter. Their first child, a daughter Satchel Lee born in 1994. They welcomed their second child, a son Jackson Lee in 1997. Since then, they are happily married to each other.

His wife Tonya Lewis Lee is an American film and television producer, author, entrepreneur and advocate for women and infant health. She is also the founder of her production company Madstone Company Inc.

She also served as the spokesperson for A Healthy Baby Begins With You and infant mortality awareness-raising campaign out of the U.S. She has also helped her husband’s several projects.

Till current time there are no any rumors of them to get a divorce and he seems totally happy with his married life. His trademark is he frequently cast himself in the movies made by him.

There are no any extra girlfriend lists making his married life aside as well as he has never been into any extra affairs. He is truly in love with his spouse and his bio claims him to have a strong married life by balancing his career side by side.

He has his own production company and its name is 40 Acres and a Mule Film work. Around 35 films he has produced till the current phase starting from the year 1983. Additionally, Spike is the son of Jacqueline Carroll who was professionally a teacher as well as arts and black literature by her occupation.

Spike completed his education from Morehouse College this college was historically a black college in the previous early times of the times. During the very time, he got chance to play within film named as Last Hustle.

In addition to this, his film course was also taken from Clark Atlanta University and he holds his degree within the major subject of Ma s s Communication in Arts.

Additionally, his graduate degree was completed from Tisch School of Arts and later his Master’s degree was obtained in the major subject of Film and television. Right after he completed his education his official time in the phase of films was started.

Spike is mostly and highly seen within twitter account with his exclusive tweets. By the current time, he has also started seeing on Facebook as well as Instagram with high followers within it. He stands at the height of 1.68 meter.