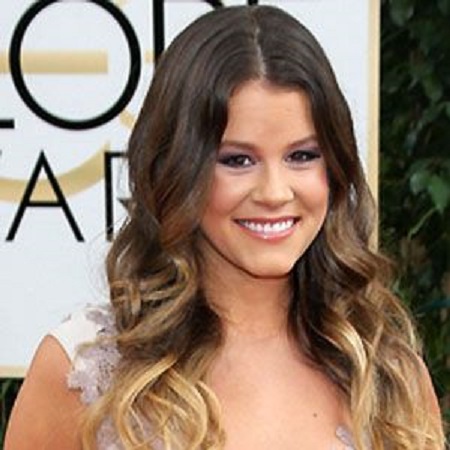 Sosie Bacon is an American actress who started her career as 10-year-old Emily in the movie Loverboy which was directed by her father, Kevin Bacon. She is best known for playing the role of Skye in the Netflix hit original series, 13 Reasons Why.

Sosie Bacon was born on March 15, 1992, in California, the United States of America, to her father Kevin Bacon and mother Kyra Sedgwick.

Her dad is an actor and director while her mom is an actress who has received a Golden Globe Award and an Emmy Award for her role in the TNT crime drama series, The Closer.

Sosie was raised along with his brother Travis Bacon who is an actor and a musician by profession. She is of American nationality and belongs to white ethicity.

She has studied at Riverdale Country School and learned acting from Collaborative Arts Project 21. She completed her graduation from Brown University in Providence, Rhode Island.

Sosie Bacon was interested in acting since she was very young. She made her film debut at the age of 10; she played the role of 10-year-old Emily in the 2005 movie, Loverboy, which was directed by her dad.

The Closer producer James Duff was compelled by the performance of Sosie in Loverboy and thus, he offered her to play the role of Brenda Leigh Johnson's niece Charlie in season 5 of The Closer on which her mom starred.

Her parents were opposed to her to do acting but Sosie accepted the offer and portrayed Charlie in four episodes of the series alongside her mom.

She has since appeared in numerous television shows such as Here and Now, Major Crimes, Story of a Girl and The Lost Boy.

Her other film credits include The Last Summer, Charlie Says, Chronically Metropolitan, Ana Maria in Novela Land, Off Season and Wishin' and Hopin'.

Being a successful American actor, Sosie Bacon earns a decent amount of money from her film and television career.

According to the Celebrity Net Worth website, Bacon has an estimated net worth of $250 thousand. Her dad and mom have total net worths of $45 million and $16 million respectively.

The exact salary of the 13 Reasons Why star is unknown but online sources suggest that cast members of the Netflix series earn $100,000 on average.

Moving towards the personal life of Sosie Bacon, the 27-year-old actress seems to be pretty secretive about her relationships and affairs.

She has not disclosed in any of her interviews about dating a boyfriend. We also don't find the actress posting photos of herself being cozy with a man on her Instagram or Facebook.

Let's just wait for Bacon to reveal if she is single or in a relationship.