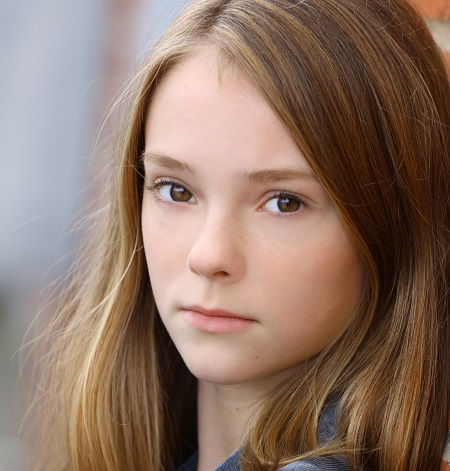 Sophie Grace is a rising American actress and social media personality widely known for appearing as Kristy Thomas in the television series, The Baby-Sitters Club. The actress is also famous for starring in the television movie Terror in the Woods back in 2018.

Sophie’s full name is Sophie Grace McCarthy. She was born on 9th April 2006, in the United States of America. As of 2020, she is fourteen years old. She comes from Philadelphia but currently resides in Jacksonville and Los Angeles.

Sophie’s nationality is American whereas belongs to Irish descent. She grew up with a big family and has five siblings, three brothers, and two sisters. She has a step-sister whose name is Marissa Zaneski Grace.

Sophie was only three years old when she started acting and began performing in school and local plays. By the age of ten, she had already started taking her professional acting training.

Two years after training, Sophie first auditioned for the lead role in Lifetime’s Terror in the Woods, which is also her debut acting project. She portrayed the role of twelve years old girl Kaitlyn from Georgia.

In 2018, Sophie starred in short movies like Genesis, as Hadley in Business as Usual, and as Sophie Grace in The Over-the-Hill Grand Prix.

Sophie is now all over the headlines for appearing in The Baby-Sitters Club as Kristy Thomas. She appeared in the series alongside Momona Tamada and Shay Rudolph. In the television series, her character is the president of the baby sitters club who fights against social injustice. For her role in the series, she dyed her hair darker.

In 2020, she also appeared in The Morning Show and Entertainment Tonight.

How Much Is Sophie Grace’s Net Worth?

The young actress has worked in a couple of movies and television series earning a decent figure of money. As of 2020, her worth is reported to be around $400 thousand, which she collected from her acting career.

Sophie is too young to be involved in any kind of relationship. As of now, she lives in a big family consisting of her parents and five siblings. Her family is a big happy family and owns two dogs.

Talking about her personal life, Sophie’s character matches with her real-life personality as well. She describes herself as a super cool, witty, and natural leaders. Just like the show, she also has a big family and loves dogs. 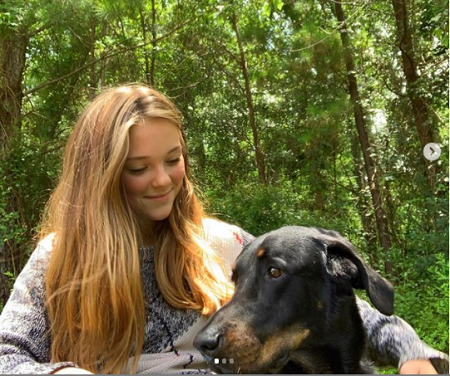 During COVID-19 quarantine, Sophie rode her bike so much that many people thought of her training for something.

Sophie’s favorite actor is Jennifer Anniston. During her leisure period, she loves spending time with her pet dogs, sketching, and drawing. She loves eating peanut M&Ms and Kit Kats.