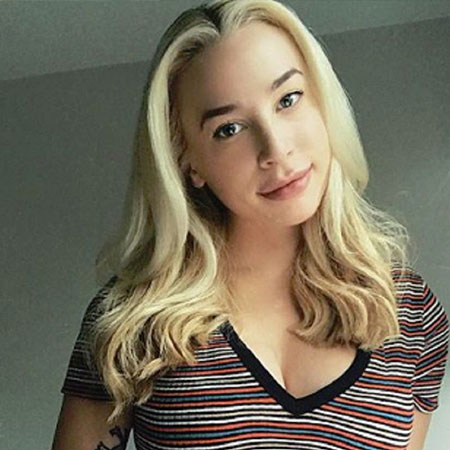 In 2014, Sophia graduated with a degree in Kinesiology and Nutrition from Chapman University in Orange, California. After her graduation, she started studying a nursing course at Belmont University in Nashville, Tennessee for which she relocated to the city in 2015.

The lady having the height of 5 Feet 5 Inches went to Belmont University for the nursing course in 2015 after completing her education from Chapman University. The same year she started getting public attention due to her modeling work and her personal relationship as well.

Phalen initially posted her photos on her Instagram after she started her Instagram account in March 2015. She started receiving positive responses from her followers and soon she rose to prominence as an Instagram model. After she posted a photo of herself in a bikini-clad, it made other agencies to deal with her. Soon, she was featured on some tabloids.

Phalen launched a bikini collection from La Isla for girls with similar slender figures as hers in August 2018. Later that year, she created a stir in the media for her affair with a golf player. She made headlines for months for her relationship with the golfer.

As an Instagram model, Sophia Phalen has earned a decent amount of money. The exact figurative net worth of Phalen is not revealed as of January 2019, however, looking at her increasing fame in the entertainment world, we can assume that she has a decent net worth.

She has partnered with La Isla in starting a 'large cup' bikini line which is priced between $106.00 and $189.00. On her Instagram, she has around 58.k followers and according to the source, an Instagram model having over 50 k followers makes about $1000 per sponsored post.

Sophia Phalen is in a relationship with a professional golfer, Bryson DeChambeau. She frequently posts pictures of the romantic couple on her social media. In April 2018, she posted a photo where she can be seen in a bed full of merchandise from the Golf Masters Tournament at Augusta National Golf Club which sparked the speculations that she was dating a golfer. In June that year, she started her relationship with Bryson, where she confirmed her relationship by posting their photos and videos on her Instagram.

Phalen even traveled with him for his U.S Open games and shared a picture showing both of them before he competed at the tournament. They are having a good time together since they started their relationship in mid-2018.

Before, she dated Mike Napoli, the first baseman and designated hitter for the Cleveland Indians. Their relationship was confirmed through her facebook in early 2017. The couple didn’t go well with each other and got separated.

Prior to her relationship with Mike Napoli, she began to date Danny Muno, a professional basketball infielder for New York Mets while she was studying at Belmont University in 2015. But their relationship didn’t last long and they broke up.

Missing the outside world

She is the owner of a large pig named Stella of 1000 pounds. Some years ago she adopt it in the year 2013 just after the birth of it. Currently, her pig is four years with whom she shared lots of pictures on Instagram.