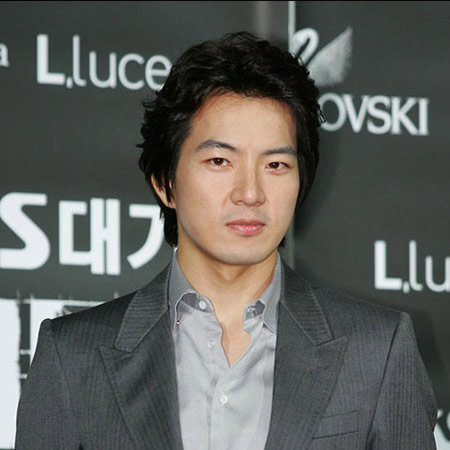 Song ll-Gook is a renowned South Korean actor who is best known for his portrayal in hit drama series Jumong.

Song ll-Gook was born on October 1, 1971, in Seoul, South Korea. He is the son of the congresswoman and actress Kim Eul-dong and also the great-grandson of Kim Jwa-Jin, grandson of Kim Du-Han. Jwa-Jin and Du-Han were the famous Anarchist and Korean independence movement general during the early 1900s. He follows Roman Catholicism religion and holds Korean nationality.

Song has starred in several historical Korean dramas such as Emperor of the sea and Jumong. Song basically takes on physically challenging roles that require martial arts, horsemanship, and sword-fighting. Similarly, Song has appeared in films and TV series including Entangled, Tattoo, The Kingdom of the Winds, Jang Yeong-Sil, Fermentation Family, A Man Called God.

Talented Song ll-Gook is a vice-president of the Korean Triathlon Confederation. He has also participated in the 2008 Seoul International Triathlon Competition. In April 2008, he carried the Olympic torch through Seoul. Additionally, Song is also a talented sketch artist and his skill was captured during filming two of his films The Kingdom of the Winds and Emperor of the sea.

In addition to acting, multi-talented Song ll-Gook has also modeled professionally, both in print and on the runway. In 2008, he, along with his several colleagues Go-Soo, Jang Keun-suk, Joo Jin-mo, and Park Jae-Jung, was the subject of the Kolon Christmas Photo Shoot. In April 2010, Song was invited to the Blue House to dine with of state, including the president of Kazakhstan. It was obviously a very big opportunity for Song. The reason behind the invitation was his drama 'Jumong' garnering huge popularity in Kazakhstan.

Song Il-gook's Net Worth and Salary

Song Il-gook must have a net worth in million but he has disclosed the exact figure.

Song ll-Gook was having an affair with Busan High Court Judge Jeong Seung Yeon. On March 15, 2008, he married Jeong in a very private traditional Korean wedding in front of only close family and friends away from media spotlight at the Sheraton Walkerhill Hotel in Seoul.

Song's wife Jung Seung Yeon gave birth to triplet sons on the morning of March 16, 2012, at the hospital in Seoul. The triplets are named Min Guk, Dae Han, and Man se, which also means The Long Live Republic of Korea when said together.

Currently, Song, with his three sons, starred in the variety show 'The Return of Superman'