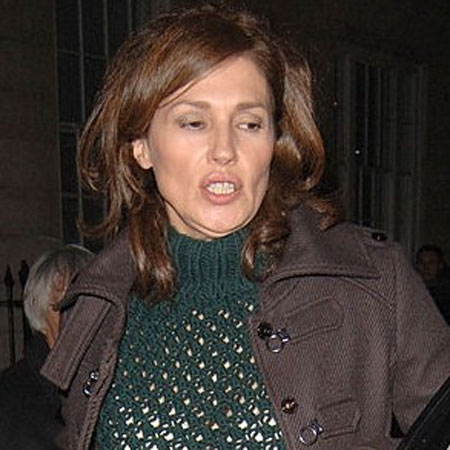 Slavica Ecclestone Radic is popularly known as Slavic Ecclestone. She is an international fashion model who worked for numerous brands including Armani, Gucci, and many others.

Radic 's divorce with Bernie Ecclestone, British business magnate, was considered as one of the most expensive divorces of all time as she paid £90 million a year since her divorce in 2009.

Slavica Ecclestone was born on May 25, 1958, in Rijek PR Croatia, FPR to Jovo Radi? and Ljubica Mali?. Her parents are Bosnian Serb who belongs to Maglajani and Rije?ani, respectively and both villages located within the Laktaši municipality, PR Bosnia-Herzegovina.

However, shortly after her birth, her family shifted to Maglajani where she spent most of her childhood days. Her parents get divorced when she was just 7 and raised by her mother only.

Slavica was interested in modeling since her early days. She began her career as a runway model. Ecclestone came into the limelight after she was painted naked by the photographer, Ivan Bali? Cobra. Soon, after the release of the painting, she was searched by Cedo Komljenovic, an agent, and photographer from Milan.

Later, she was called in Italy for swimsuit campaign, and her journey to success started right from there.

Then, she was recognized as an international fashion model. She walked the ramp for many reputed designers and appeared in several magazines. She does a modeling for reputed brands including Armani, Gucci, and many others.

Slavica is possibly single at the moment, but previously she was married to Bernie Ecclestone. The duo first met in 1982 at Formula One promotional event for Armani in Italian Grand Prix in Monza where she represented as a model.

The pair exchanged vows after three years of dating in 1985. As per the source, their wedding was an intimate but lavishing ceremony held in the presence of their closed ones.

The duo has a huge age gap of 28 years, as well as they, had a language barrier as she only speaks Croatian and Italian whereas Bernie only speaks English.

They shared two daughters; Tamara born on 1984 and Petra born on 1988 and four grandchildren. However, the couple couldn’t handle their relationship and divorced after 23 years of marriage in 2009. In 2008, Slavica filed for divorce which got granted on March 11, 2009.

Their divorce was one of the richest divorced which topped the Sunday Times list in the “richest divorcees.” She paid her former husband yearly 90 million since her divorced.

Slavica is one of the richest media personality as she has a net worth of $1.6 billion. Even after, she paid the alumni to her ex-husband worth more than $500 million since her split.