Simu Liu is a Chinese-born Canadian actor, writer, and stuntman. He is set to play the superhero Shang-Chi in the upcoming Marvel Cinematic Universe superhero film Shang-Chi and the Legend of the Ten Rings. 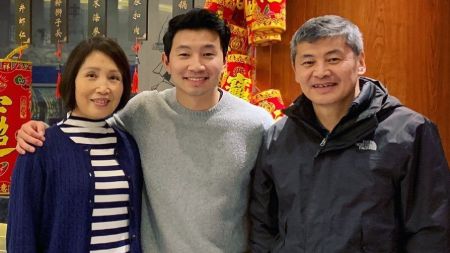 Simu Liu with his father and mother SOURCE: HuffPost Canada

Liu's family moved to Canada when he was five and settled in Erin Mills, Mississauga, Ontario. He received formal education from the University of Toronto Schools for high school. He went on to pursue his higher education at The University of Western Ontario and after two years, transferred to the Ivey Business School where he studied finance and accounting. He graduated in 2011 with a Bachelor of Arts degree in Honours Business Administration.

He was hired as an accountant at the multinational professional services conglomerate Deloitte but after being laid off, pursued a career in acting.

After making the decision to stick to acting, Liu made his on-screen debut as a background extra in Guillermo del Toro's 2013 sci-fi action film, Pacific Rim. He made his television debut in an episode of The CW action-thriller series Nikita.

His first prominent television role was Dustin in the sci-fi action-drama series Omega. Liu is perhaps most well known for his starring performance as Paul Xie in the Chinese-Canadian crime-drama series Blood and Water -- for which he was nominated for an ACTRA Award and a Canadian Screen Award.

He was also a recurring character in the first season of the TV adaptation of the Taken movie series starring Liam Neeson and since 2016, he has played Jung Kim in the Canadian sitcom Kim's Convenience.

He has appeared in other notable television shows including Slasher, Bad Blood, The Expanse, and Yappie. 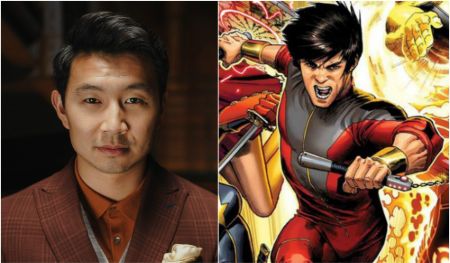 A stuntman alongside an actor, Liu is perfectly suited to play the superhero Shang-Chi in the upcoming superhero film, Shang-Chi and the Legend of the Ten Rings and all other subsequent MCU (Marvel Cinematic Universe) films to feature the character.

The film will be the 25th in the MCU and is aiming for a July 9, 2021 release. Other announced names include Tony Leung, Awkwafina, Ronny Chieng, and Michelle Yeoh.

What is Simu Liu's Net Worth?

Simy Liu is estimated to have a net worth of around $1 million. His wealth comes from his career as a film and television actor. The 31-year-old Chinese-born Canadian is known for his work on television shows including Omega, Blood and Water, Taken, Bad Blood, The Expanse, Yappie, and Kim's Convenience.

He has been confirmed to portray the superhero Shang-Chi in the upcoming Marvel Cinematic Universe superhero film Shang-Chi and the Legend of the Ten Rings.

Hence, the primary source of his income is the salary from film and television contracts, media appearances, brand recognition, and the like.