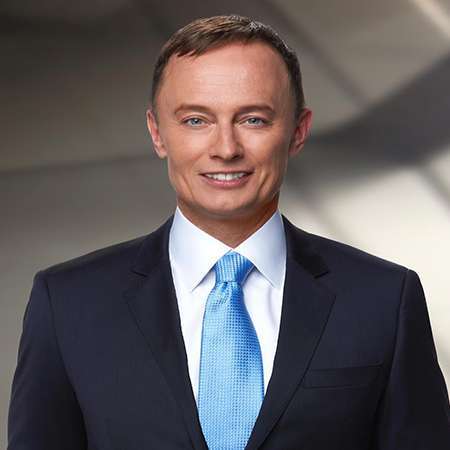 Simon Hobbs is a British citizen, he used to be a host on business news channel CNBC. He was co-presenter of Squawk on the Street. He is best known for working on CNBC and was with the channel since 1998.

Simon Hobbs began his journalism career working as a radio producer for Sky News. After that, he moved to CNBC in 1998, where he worked for 18 years. Simon Hobbs at first co-presented Squawk Box Europe and later hosted Europe Today. Europe Today was later replaced by Today’s Business and Simon hosted that show as well. In 2003 he started hosting European Closing Bell and Europe Tonight.

Guy Johnson replaced him in the both shows in 2007. Simon co-hosted the show Questions for the Future alongside Ross Westgate. Towards the end of his contract at CNBC, he presented ‘The leaders’, an interview series. He left CNBC on 29th July 2016 as his contract wasn’t renewed.

Simon Hobbs is related with some  controversies in his show. He ‘’outed’’ Apple CEO Tim Cook as gay on his own shown Squawk on the Street on June 27, 2014. He has also had arguments with Donald Trump on the issue of refunding people with their investment on Trump’s building project.

Personal life and Net worth

Simon Hobbs is yet to be married. Whether or not he has had any girlfriends and has one at the moment isn’t known. His estimated net worth is around $4 million. He reportedly earns/earned $40,000 monthly.