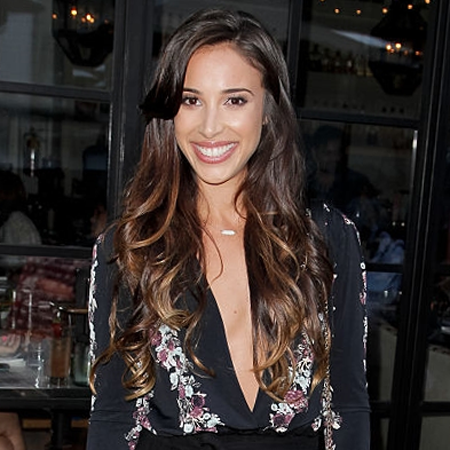 Sierra Dallas is a prominent American internet star, well recognized as Instagram sensation from Whittier, California. She is also known for her Vine vlogs where she had 230,000 followers.

Sierra Dallas born on 12 May 1990 in Whittier, California, U.S.A. is the daughter of Gina Dallas. She also has a brother named Cameron Dallas.

Dallas attended California State Polytechnic University and achieved a degree in communications. Dallas is White in ethnicity and holds an American nationality.

Sierra Dallas' career began in 2014 when she started beauty vlogging. She also worked for YMI Jeans and ApparelDeals. Dallas made YouTube videos with her brother Cameron Dallas. They made a makeup challenge video, which has more than 2 million views to date.

Currently, Dallas has over 337,745 subscribers and she has uploaded more than 90 videos on her YouTube channel, Sierra Dallas.

Sierra Dallas is currently dating her long-time boyfriend, Brent Mallozzi. Mallozzi is an insurance agent and project manager. The couple is living a happy life together, and there are no rumors or signs of a breakup.

The hot Instagram sensation is twenty-seven years old currently and stands at 5' ft 6''.

Sierra Dallas earns a decent amount of money from her videos on YouTube as she has more than 337,745. One of her most watched videos is with her brother, where they carry makeup challenge, which has over 2 million views.