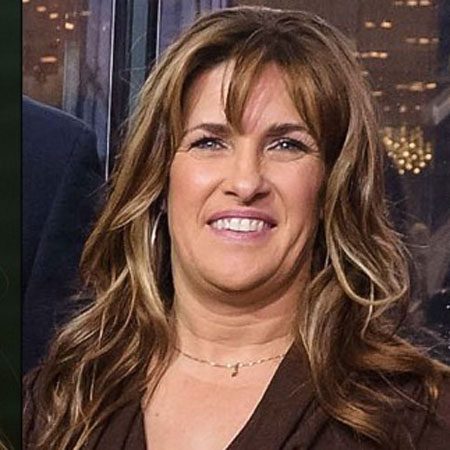 American actress, Sidney Greenbush is best known for portraying the character of  Carrie Ingalls, in the drama series, Little House on the Prairie, alongside her identical twins, Rachel Greenbush. She began her career as a child artist and worked on numerous venture.

Sidney was married to horse breeder William "Rocky" Foster for nine years, until his suicide at age 55 in 2009.

Sidney Greenbush was born as Sidney Robyn Danae Bush on May 25, 1970, in Hollywood, California. She is three minutes younger than her identical twins, Rachel Lindsay. Her father, Billy Bush is an actor and mother, Carole Kay is a housewife.

Sidney was raised along with her twin sister and older brother, Clay who is an actor on Little House on the Prairie. She completed her graduation from Santa Monica High School in 1988. She grabbed her associate degree in animal science from Pierce College in Woodland Hills, California, USA.

As a teenager, she developed her interest in barrel racing and followed her passion to become a competitor on the rodeo circuit and earned her pro-rodeo permit. She is one of the West Coast's top-ranked barrel racer.

Sidney started her career as a child artist along with his twins’ sister. The duo debutant in the entertainment industry in 1973 as Jill Hayden in the made-for-television drama. Sunshine.

Sidney's father was an actor — his credits include the 1971 film Five Easy Pieces — and his twin daughters ended up following in his show business footsteps. They did commercials and also portrayed the role of Jill in the television movie Sunshine (1973).

Little House on the Prairie

The twins’ sister grabbed popularity after they appeared in the Little House on the Prairie on September 11, 1974. The duo portrays the character of Carrie Ingalls, and they were credited together as Lindsay Sidney Greenbush, and many viewers believe that was the full name of Carrie.

They were part of the show from 1974 to 1982. They decide to retire from acting to continue their education.

After the Little House on the Prairie, Sidney appeared in the films; Hambone and Hillie (1983) and To Tell the Truth Besides.

Besides this, she worked on numerous commercials with her twins sister including; Doublemint Gum, Mattel Toys, Kentucky Fried Chicken.

Sidney Greenbush's Net Worth And Salary

Sidney Greenbush is quite secretive regarding her personal stuff and that might be the reason she hasn't revealed the concrete figure of her net worth but keeping her career growth and Little House on the Prairie success in mind, her net worth is estimated in millions of dollars.

Her co-star, Melissa Gilbert from Little House has an estimated net worth around 0.5 million.  She is a barrel racer too, and the average salary of any barrel racer ranges between $50,000-120,000. So, she also gets paid around this figure. Besides these, she owns a luxurious house in California where she is living a lavishing life.

Sidney Greenbush, 47 is possibly single at present but previously she was married twice, and both the times her marriage was counted unsuccessful.

First, she married Charles Caracciolo, but due to some personal issue, the couple divorced in 1998. Later she found her soulmate in William "Rocky" Foster. The duo exchanged a vow in April 2000 at a private ceremony.

They were together for nine years until Foster attempt suicide. In May 2009, Foster committed suicide shooting himself in the head at their Visalia, California home. It happened just two days after Sidney asked him for divorce. There were many speculations that he died because of his failed marriage.

In 1998, she competed in the women's professional rodeo. Later, she got qualified for the National Finals Rodeo. Currently, she trains and delivers horses at her ranch in Little Rock, California.

Sidney had broken her arms several times shooting for Little House on the Prairie so, her sister, Lindsay did most of the Carrie scenes.

Their massive popularity offered them to visit Amy Carter, President Jimmy Carter's daughter, at the White House. Later they become the part of several kids program, and they even get a chance to meet Bill Murray.