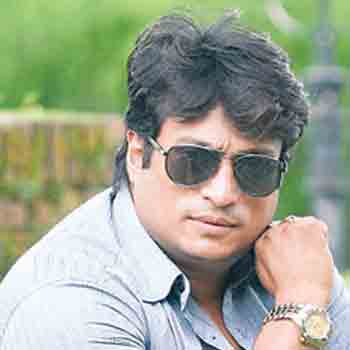 Shree Krishna Shrestha was a successful Nepali actor who has acted in dancing and romantic movies. Shrestha was also a producer and an entrepreneur. Shrestha’s excellent acting abilities have been noted and adored by thousands of his fans.

Shrestha had been in the Nepali film industry for many years and was seen in numerous movies. Shrestha gave various hits in Kollywood like Afanta, Afno Manchey, Maiti, and Kohinoor.  He also won several awards during his  Many of Shrestha’s fans were shocked and devastated due to his death, on August 10, 2014.

Shrestha was a stubborn child who always fought to get what he wanted. Shrestha was good at dancing from a tender age, he loved dancing and thus danced in many festivals. Shrestha took deceived his parents and took dancing cla s ses for six months instead of taking mathematics tuition.

Later, due to his excellent dancing capabilities, Shree Krishna got a dance scholarship. After a few months, Shree Krishna did a show in Nepal Pragya Pratisthan, where elite people had come. Shrestha received much recognition and praise from the show and later was called in to star in Chetan Karki’s Bhumari in 1989 AD which became Shrestha’s first movie.

Then, in 1997, Shrestha did 2 movies; Guru Chela, Jhajalko. Then after many years in 2005, he gave another hit Ajambari Nata and Garib, and many more. In 2007, Shrestha was seen in movies like Nata, Sukha Dukha as character Abhishek, and Hami Teen Bhai as character Ram.

After that, he has acted in various romantic movies like Shriman Shrimati, Ram Balaram. To date, Shrestha has bagged many movies and awards. He has acted in over 100 Nepali movies and is adored by many viewers and film critics.

In 2010, he acted and produced the movie Kaha Bhetiyela. Thus, Shrestha proved to be a self-established actor as well as a successful producer through this movie. Shrestha’s final movie was Kohinoor which was released on August 8.

Shree Krishna Shrestha married Kaha Bhetiyela’s co-actor Sweta Khadka on July 7, 2014. The couple left for India, where Shrestha found out that he was having pneumonia and bone cancer.

He was also suffering from severe throat pain thus was promptly admitted to India’s renowned, Apollo Hospital. Shortly after being admitted, Shrestha aged 47 died early in the morning at 5 am on 10 August 2014. The entire Nepali film industry and viewers were shocked by the sudden news. The entire nation mourned this soft-spoken and phenomenal actor’s death.

His dead body arrived at Tribhuwan International Airport, Nepal on 11th August 2014. Shrestha’s last honors were to be given in National Academy (Nepal Pragya Pratisthan) but due to the huge gathering of his fans near the gate of the National Academy, the plan was canceled and his dead body was taken to Pashupatinath Temple.

At the final rituals, the Nepal Police paid their honors to Shrestha. The Minister of Information and Communication paid respect to him by covering Shrestha’s body with Nepal’s National Flag.

Soon after the release of his last movie, Kohinoor, Shrestha managed to bag NRs 1 crore in one day which is a record for Nepali films. In no time, Kohinoor had managed to gross over NRs 7 crores which is the highest record movie in Kollywood.