Shireen Crutchfield is an American actor, model, and singer. She is very famous for her appearance in the series Dark Angel and the movie Hot Boyz. Also, she is known as the lead singer of the R&B trio The Good Girls in the late '80s/early '90s.

Shireen Crutchfield was born as Shireen Elaine Crutchfield on December 29, 1970, in Cambridge, Ma s sachusetts under the birth sign Capricorn. She is of American nationality while her ethnicity is missing.

Regarding education, she completed her schooling from St. Bernard High School in 1988. However the information related to her siblings, parents are missing.

Road To Million Worth From Acting, Modeling, and Singing Career

Shireen Crutchfield has a net worth of around $1 million as of 2020 from her career as an actor, singer, and model.

Talking about her career journey, she started her career as a singer and became the lead singer of the R&B group, The Good Girls in the late 80s. However, she left singing in the early 90s and started modeling with Nous Models in Los Angeles. She has also been a part of Ford Vehicles ad campaigns. Also, she has appeared in print ads for a major department store. 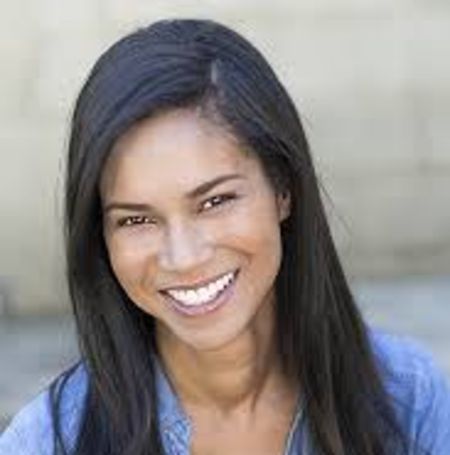 Later on, she also tried her hand in acting and made her debut from her appearance in the TV series,  Soul Train. Following this, she has worked in several series such as 3rd Rock from the Sun, In the House, The Steve Harvey Show, The Bold and the Beautiful, Commander in Chief, Plymouth.

Also, she has worked on the big screen as well after she first appeared in the movie named House Party 3 in 1994 as Shireen. After this, she was seen in a few movies such as The Breaks, Love and a Bullet, and Illicit.

Aged 49 years, Shireen Crutchfield was previously married to actor Davis Henry. The pair who shared wedding vows in 2001 shared two kids. However, after 4 years of marriage, they divorced in 2005.

As of now, she is not so open when it comes to sharing about her personal life matter in the public. So whether she is dating someone or married is unknown to all of her fans and followers.

She is an active user of the social media platform, Instagram, and Facebook and prefers to post all the activities of her personal and professional life. But none of her posts has hinted about her love life. It seems like she is enjoying her singlehood.