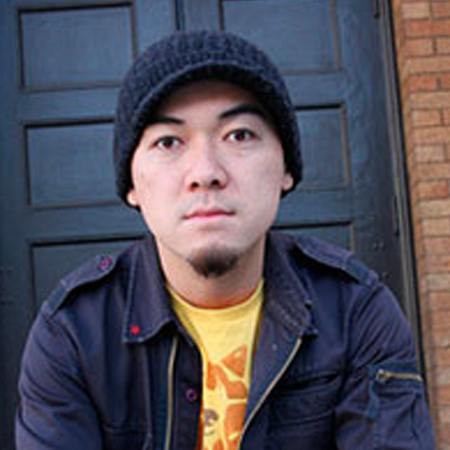 Shin Kawasaki is an established composer as well as a musician who has done musical compositions for companies and events including SanDisk, NHK Enterprise, NHK Educational, and the Turkey Shoot Music Festival.

At present, Shin Kawasaki is working as the host of MidTones at Grand Star Jazz Club in Chinatown.

Born and raised in Japan, Shin Kawasaki shifted to Los Angeles in the United States in 1999. He is an American by nationality and ethnicity wise he is an Asian. Shin is 40 years of age.  Early on in his career, he started off by playing music and performing at different clubs. In the meantime, he got an opportunity to work Visiting Violette which was an alternative pop band.

The band Visiting Violette was formed originally by Glenn Suravech. Lee Takasugi led the band as the singer/songwriter. Shin has worked for other artists including Marié Digby and Misha Segal. Similarly, he has also worked with drummer Chili Charles and his musical group KUFU.

In 2010, Shin Kawasaki released his first self-titled solo album. His versatility and skills in different musical genres were proven in his first album itself.  Shin had included a different variety of music including genres as technopop, acid jazz, and fusion in his first solo album. The album even got nominated for the Independent Music Awards.

Shin is a s sociated with the Grand Star Jazz Club in Chinatown. It is a place where different musicians from varieties of genres perform on a monthly basis. Currently, Shin is involved with the Jazz, Bossa Nova, and Retro styling of Alanna Vicente. He is also a s sociated with South Bay-based Cla s sic/Yacht Rock extraordinaire Retrofit and TV/game show theme song tribute band The Remotes.

Shin Kawasaki is married to Keiko Agena. The couple got married on 19 December 2005. His wife Keiko is a Japanese American actress most popular for her role as Lane Kim in the hit Television series Gilmore Girls.

The couple got married in a very interesting way. They had their wedding inside a helicopter while they were flying over Las Vegas, Nevada. They don't have any children till now.

Shin Kawasaki is a popular musician who is involved in different bands and he regularly performs at gigs. With his talent and extraordinary skills, Shin has been able to create a distinct identity. He earns well from his albums and performances. Similarly, he also earns from the musical compositions he does for different clients.