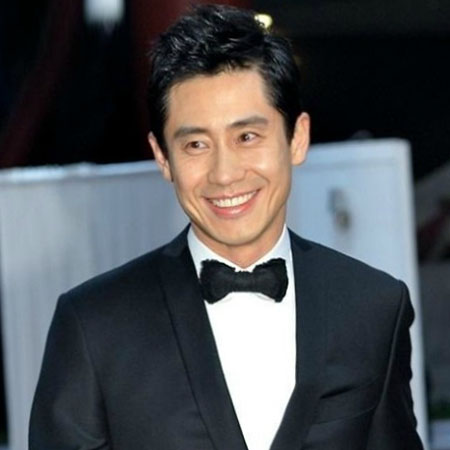 Shin Ha-Kyun is a South Korean actor who is best known for Sympathy for Mr. Vengeance (2002), Thirst (2009), and The Front Line (2011). Shin rose to fame in 2000 from a blockbuster film Joint Security Area as North Korean military man Jung Woo-jin.

Multiple Korean films and TV award-winning actor Shin Ha-Kyun is the alum of Seoul Institute of the Arts. He did a number of plays by while he was there.

In 1998, film director Jang Jin had cast him in his debut movie The Happenings. Since then, he has appeared in almost of all of Jang’s feature films. In 2018, Kyun appeared in a romantic comedy film What a Man Wants.

Shin Ha-Kyun was born on May 30, 1974, in Seoul, South Korea. He belongs to Korean nationality. He graduated from the Seoul Institute of the Arts. Shin Ha-Kyun also trained as a stage actor before going on in to act a large number of plays by Jang Jin.

Shin Ha-Kyun appeared in The Happenings directed by Jang Jin, he has since played in almost all of Jin’s feature movies. Director Kim Jee-Woon also impressed by his acting and gave him the chance to play the minor role in The Foul King and his 30-minute internet film Coming Out.

Shin Ha-Kyun appeared in Park Chan-wook’s smash hit movie Joint Security Area in which he became a superstar with his major role as a young North Korean soldier. At that time, He was able to succeed to develop large fans from his role.

After that, Shin Ha-Kyun appeared in the Guns & Talks alongside Won Bin, Shin Hyun-suk, Jung Jae-young, and Jung Jin-Young. It was a No. 7 bestselling domestic film in 2001, in South Korea. He then played in two very different movies set during the Korean War, Welcome to Dongmakgol, and The Front Line.

Primarily a film actor, Shin Ha-Kyun had previously done a TV series in 2003, Good Person on ABC. However, he came back to television in an eccentric puzzle Harvest Villa that aired on cable channel tvN in 2010. In 2018, he appeared in an animated Korean film Shimajiro and the Rainbow Oasis.

shin Ha-Kyun's Net worth And Awards

Shin Ha-Kyun has an estimated net worth of around $14 million. He stands at the height of  5 feet 9 inches that equivalent to 1.75m and his weight is 67kg. He looks very handsome and has black hair and blonde eyes. He has won and received nominations for various awards including:

On August 23, 2016, the couple confirmed their by their agencies HODU&U Entertainment. They got closer during their scuba diving training session.

Shin Ha-Kyun and his girlfriend Go Eun were in a relationship for about two months. However, Shin contradicted the fact in an interview with Ilgan Sports. There he was asked about his current relationship and he replied:

"Currently, I am not dating anyone. I personally don’t like the word ‘something’. If you like someone, then you do, and if not then you don’t. I am not sure of this whole ‘something’ thing."

Unfortunately, Shin Ha-Kyun and Kim Go Eun broke up their relationship on March 22, 2017, after dating publicly for around eight months. The couple even obtained attention for their 17-year age gap as Shin Kyun was born in 1974 and Kim was born in 1991.