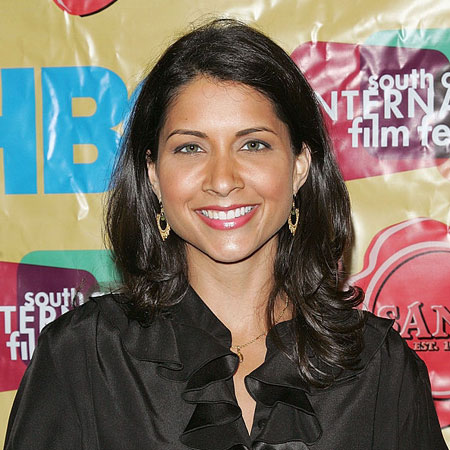 Shibani Sona Joshi, an American journalist, is a technology and business reporter and anchor for the Fox Business Network. She is also the speaker, creator, and editor of ShibanionTech.com.

Shibani Joshi was born on October 4, 1975, to  Meghana and Dileep Joshi, Indian Immigrants, in Oklahoma City. Her father, Dileep Joshi, is a retired vice president of Lucent Technologies in Oklahoma. Her mother Meghana Joshi serves as an information technology manager at Johnson Controls.

Being born and raised in Oklahoma, Shibani Joshi did her schooling from Putnam City North High School in Oklahoma. She graduated from the University of Oklahoma with a Bachelors degree in Finance.

Shibani Joshi is an American by nationality and is of the SouthAsian ethnicity with Indian ancestry.

Shibani Joshi started out her career in journalism as a news production assistant for CNNfn. She worked as a a contributor to Lou Dobbs Moneyline and CNN Money Morning.

Joshi also served as a producer in New York City for Reuters Television and Times Now. She has contributed to ABCNews.com and ABC News Now covering the technology and business stories. She also made several guest appearances on different television shows including Red Eye w/ Greg Gutfeld.

Shibani worked at Disney/ABC Media Networks as the senior manager of digital strategy and helped the firm to develop its global media strategy working closely with cable and mobile operators with VOD and live streaming programming options.

Some of Shibani Joshi’s career highlights are exclusive interviews with large cap tech CEOs from Adobe, Sony, Blackberry, Qualcomm and eBay. Besides, she has covered different tech events live, like unveiling Amazon products, the death of Steve Jobs and Facebook’s IPO including stories for brands like Google and Apple.

Shibani Joshi is listed as ‘one to follow’ on Twitter by Business Insider and CBS Interactive/TechRepublic. She has been featured in several of the popular magazines including Maxim, Men’s Health among others.

Shibani Joshi has recently partnered with the Dean of Price College of Business, affiliated with the University of Oklahoma, to co-teach Entrepreneurship.

Shibani Joshi is a married woman. She is married to Rahul Advani, son of Usha Advani and Ranjit Advani.  They married with Indian rituals at La Costa Resort and Spa in Carlsbad in the presence of a Hindu Priest, Md.Acharyulu Srinivas Vedala.

Joshi's husband Rahul Advani serves as the vice president for energy investments at Energy Capitals Partners in Shorts Hills, New Jersey. He graduated from Harvard University with an MBA degree.

The average salary for Fox Business Network's employees is estimated to be over $56,000 annually. Given Joshi's valuable position in the network, her salary is most likely significantly over $56k.

Shibani Joshi's net worth is $2 million, most likely or even more given her successful career, strong qualifications and involvement with major brands.