Sherry Cola is a Chinese-born American comedian, writer, and actor. The stand-up comic is a respected figure in the comedy society and has appeared in numerous shorts and television shows, most notable of which are her roles in the TV series I Love Dick, Transparent, Claws, and Good Trouble. 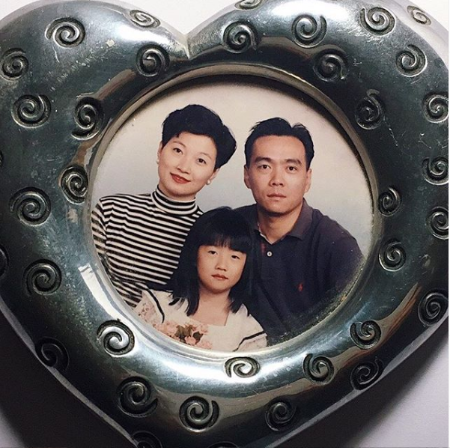 A framed photo of Sherry Cole and her mother and father SOURCE: Instagram: @shrrycola

She moved with her parents to the USA when she was 3, and settled in San Gabriel Valley, in Los Angeles. There, Sherry attended California State University Fullerton and majored in Entertainment and Tourism Studies.

She had a flair for showbiz even as a child, and worked at the college radio station, Titan Radio. Upon graduation, she worked for the Los Angeles-based radio station, AMP Radio 97.1 FM. She worked in promotion, as a host, and as an interviewer.

Sherry Cola Is An Actor, And A Stand-Up Comedian

She was discovered by TV and radio legend, Carson Daly at the radio station, and mentored her through her own radio show. She interviewed such guests as Noah Cyrus, Fifth Harmony, and Khalid, among others.

She was also making tours of local pubs performing her improv routine all through greater Los Angeles. She made her first appearance in the Facebook web series, Luber where she played Lil’ Tasty. Her turn as the tomboy rocker-rapper garnered her more than 20 million views and essentially made her an Internet sensation.

Following her success as an Internet phenomenon, she made her TV debut in 2017 in the comedy series, I Love Dick. She appeared alongside such talents as Kevin Bacon and Kathryn Hahn in her seven-episode arc.

Her other notable TV roles came as part of the 2017 comedy-crime-drama, Claws, and the 2019 comedy-romance, Good Trouble.

She has also appeared in numerous short movies like My College Roommate is DNCE, Cherry Soda, and Curious Georgina, among others.

Sherry juggles a full-time job as a famous TV actor with her gig as a comedian. She frequently performs at clubs like The Laugh Factory, The Improv, and The Comedy Store.

Sherry is a highly accomplished actor and comedian extraordinaire. Her net worth as of 2019 is estimated to be $1 million. 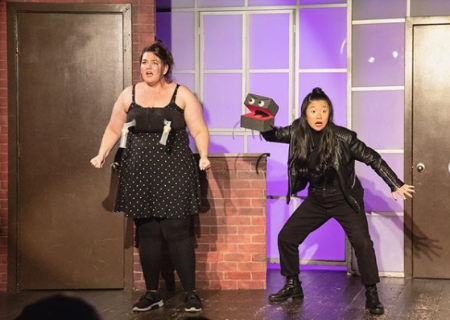 With an impressive list of TV appearances to her credit, as well as an ongoing career as a comedian and improv artist, it is unsurprising that the 30-year-old is a millionaire.

Sherry Cola Is A Practitioner Of Buddhism

Sherry is of Chinese descent, and her parents are Buddhists. While she does not follow Buddhism ardently, she does practice it.

Her social media accounts do not suggest a romantic relationship of any kind at the present moment. She chooses to focus on her two very demanding careers in acting and comedy.