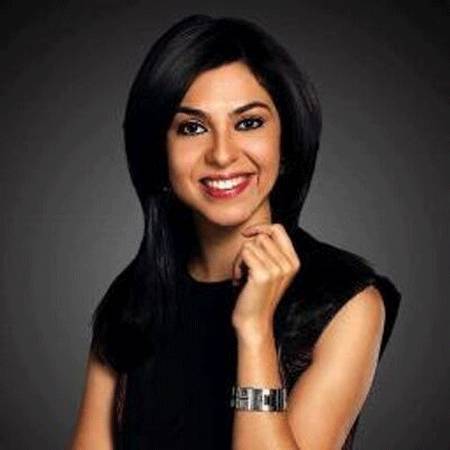 Born on 20th August 1976 Shereen Bhan is the well-known Indian journalist and news anchor who works for CNBC- TV 18 as the Managing Editor.

Shereen Bhan is not only known for her on TV appearances as a news anchor and journalist but she also for her beautiful features which no man can ignore. Shereen is of Indian nationality and Kashmiri Pandit ethnicity. Her father served in the Indian Air Force. She is well known for being the host of many successful TV programs like 'Young Turks', 'The Nation's business' and 'India Business hours' - to name a few.

Shereen Bhan received her primary schooling from Kendriya Vidyalaya, Jammu and completed her schooling from Air Force Bal BhartiSchool, Delhi after being shifted from Jammu to Delhi. She got her Bachelor’s Degree in Philosophy from St Stephen's college, New Delhi and then she completed her Master’s degree in Communication from the University of Pune.

Immediately after finishing her studies, she went back to Delhi and joined 'Infotainment Television' as a news researcher .She joined UTV, Star TV, and Sab TV, before working for CNBC- TV 18 from December 2000. Shereen Bhan is credited to have re-invented the concept of journalism in the Indian economic sector by interviewing some high profile businessmen and Politicians. She is the anchor and editor of the popular TV show Young Turks . She is also working on special feature programs such as Ministers of Change and what women want.

According to various media sources, Shereen Bhan has been in and out of relationships a couple of times but has been able to keep her relations and personal life behind curtains. She is said to have been married right after she joined CNBC-TV 18 but it is believed that the marriage didn't last more than a year. The identity of her divorced husband is not yet revealed by her.

Shereen Bhan has had a wonderful career spanning over one and a half decade and has won a lot of awards and recognitions. She won the 'FICCI Woman of the Year' award for her contribution to the Media in 2005 and was named 'Young Global Leader' by the World Economic Forum.

Shereen Bhan was  honored with the Best Business anchor award in 2013. She received the 'Best Business talk show award', twice in a row. In its September 2005 issue, women’s magazine 'Femina' declared Shereen as one of the twenty beautiful faces of the year. The October 2008 issue of the Vogue magazine declared her as one of the fifty most beautiful women.

She has a fair complexion, black hair, and an average height. The salary and net worth of Shereen Bhan are expected to be very high but she loves to keep them very secret.