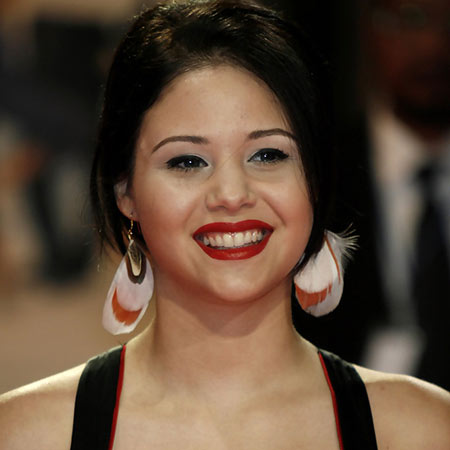 Shayla Beesley, born on 30 March 1988, is an American Actress. Shayla's best-known movie 'Reaper' led her to huge success. She started her career in a feature film 'Sex and the USA' as Audrey at the age of 19. Then she did HBO short 'Trophy' that leads her to the movie Perkins' 14 and Reaper. As Shayla is tall and beautiful, she also appeared in different magazines like 'The Story of 8' June 2015 issue of Bello Magazine.

Shayla Beesley was born on 30 March 1988 in Culver, California, U.S.A to Mother Tegan Ollie and father Graham Beesley. Her mother was an Egyptian belly dancer who died in 2012. Shayla was the eldest among her siblings. After her parents divorced, Shayla and her mother moved to Navy based town of Oak Harbor, Washington.

Shayla Beesley grew up in Oak Harbor and attended Oak Harbor High School at the age of 13. She moved to California to initiate her acting career as she became emancipated when she was 16. In California, she was trained at the 'Lee Strasberg Theater and Film Institute' and 'Playhouse West'.

Shayla Beesley featured in her first feature film 'Sex and the USA' as Audrey, at the age of 19. Shayla also starred in the HBO short 'Trophy' which was a great hit and made its round to many festivals. In 2009, Shayla starred as Daisy Hopper as the lead female role in 'Perkins' 14', a horror movie.

Then, in 2014, she appeared in her best-known movie 'Reaper', where she played a lead role with Danny Trejo and Vinnie Jones.

In addition, Shayla Beesley played a leading role in the video which won the MTV Clubland's Video of the Year in 2012. 'Kill the Noise (Part I)'. Shayla Beesley played her recent film 'Death in the Desert' as the lead role with John Palladino and Micheal Madsen. This movie first premiere was in October 2015, in Tucson Film Festivals. The movie is based on American crime drama directed by Josh Evans.

With the height of 5ft and 6inches, Shayla Beesley has an absolutely amazing bikini body with the body measurement of 34-26-31. However, she doesn't have many appearances in her bikini avatar. Shayla Beesley did  a photo shoot for  "The Story of 8", in June 2015.

As the dating rumor, of Shayla Beesley is hard to find it seems like her main focus is her career rather than relationships.  So far it’s hard to find out her dating history and know who is her boyfriend. And her net worth has also not yet been revealed