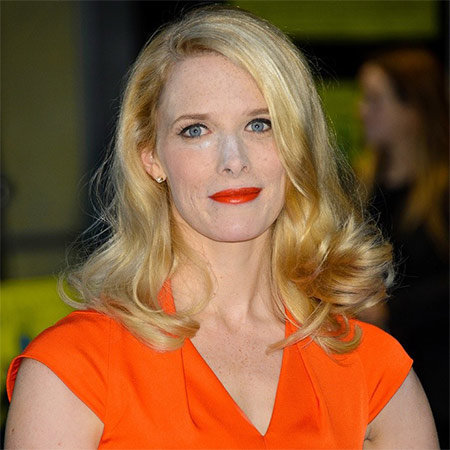 Shauna Macdonald is a Scottish film and television actress. She has appeared in several British TV series and movies notably in ‘The Descent’, ‘Filth’, and ‘The Descent: Part 2’ and also as Sam Buxton in ‘Spooks’.

She was born on February 21, 1981, in Malaysia. Later on, she along with her parents moved back to her Edinburgh, Scotland. Her father was a teacher by profession and mother was a house maker. Since childhood, Shauna was very interested in acting and music and always wanted to make acting as her profession.

Scottish native Shauna Macdonald took training at the Royal Scottish Academy of music and Drama in Glasgow. She made her acting debut from the movie 'The Debt Collector' as Catriona in 1999 and made her television debut in Murder Rooms as Heather in 2000.

Even though Shauna Macdonald has appeared in various British TV series, her most notable character is as Sam Buxton in Spooks. She is also famous for her amazing performance as Sarah in the horror movie 'The Descent' and also in its sequel. Her performance was highly appreciated by the critics and also from audiences. Some of her famous TV shows and movies include Silent Night, Deadly Night, Filth, Howl, The Correspondence, Wedding Belles, Katie Morag, Danger Mouse and so on.

Shauna MacDonald is married to a popular Scottish actor Cal MacAninch. She and her husband look very adorable together. They have three children and have named them as Jesi-Lilas, Ava-Red Amahle, and Ever Eden-Rose .

Apart from the fact that Shauna belongs to the entertainment business, she has always preferred to stay away from the media. She is of those celebrities who do not mix their professional life with their own life. We can a s sume that she is a media-shy person.

Even after having three children, Shauna MacDonald looks gorgeous and stunning. She has an average height of 5 feet 6 inches and has a smooth and flawless hair which makes her even more beautiful.