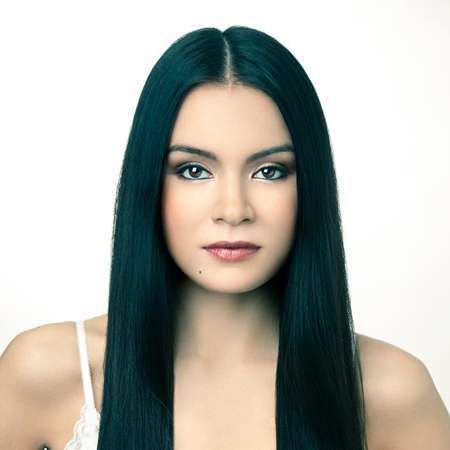 Shauna Baker, aged 27, is a famous Canadian model. She is best known with her twin sister, Shannon Baker, as The Baker Twins. Aside from a well-established model, she is also an actress, a spokesperson and a businessperson. Shauna and Shannon are two sides of a coin, everything they do, they do together. Being identified as a unit works to their advantage. She is currently residing in Los Angeles, California with her sister.

Prior to modeling, Shauna Baker was extensively involved in her business. However, despite being successful in the corporate world, she followed her dreams and went on to become a successful model. She was first introduced to modeling in a shopping mall with her sister but they thought it was a scam. They went on with their modeling career which was a huge success for them as they were both beautiful and worked hard as a unit. They have been featured on several magazines such as UMM magazine, Vancouver magazine and Say magazine. In 2007, they were also offered to model by Playboy but they refused as they wanted a clean image of themselves. They would rather work hard and face the obstacles than take off their clothes to boost their careers and take the “easy” path.

Her most famous public appearance was on Tyra Bank’s ‘The Tyra Banks Show’ where she along with her sister talked about the stereotypes put on First Nations People and Native Americans. They speak for the involvement of First Nations People to be represented in mainstream media a lot more. She has also been featured in various TV shows such as ‘CSI: Crime Scene Investigation’,’ Smallville’ and ‘Blue mountain Side’ as well as feature films such as  ‘Battle-B-boy’, ‘Western Confidential’, ‘Hopelessly in June’, ‘Dominant Gene’ and ‘Sharp as Marbles’. The twins have also been leads in the television show ‘Tales of an Urban Indian’. In 2008, Shauna became a host for Canadian television show, ‘City Lights’; which aired on Novus Television. She and her sister are currently the spokespeople of the ‘Say’ Magazine.

Shauna and her sister have also been featured in the Slipknot’s music video “Killpop”.

Shauna was born in Stellat'en First Nation reservation, British Columbia, Canada. She is of the Carrier or Dakelh tribe, and indigenous people of a large portion of the central interior of British Columbia, Canada. As a custom of the Carrier tribe, an elder had put a warm beehive on her palms when she was a baby. This was so that they may have strong artistic abilities. She and her sister were raised by their grandmother, Emma Baker. As a child, she loved to display her artistic talents. At the age of 16, she was in competition of cla s sical music along with her sister where they sang duets.

Shauna Baker is a type of person who keeps her relationships private and unrevealed. She is currently a s sumed to be single, although she has had boyfriends in the past. No records of any affairs have been disclosed to the public. She is not married and thus has not had spouse or divorces too. She likes to focus on her career than get involved in relationships.

They currently own a calendar company, which includes a Native American Women’s Calendar and a Native Men’s Calendar. In addition, they own a website design company called ‘Baker Twin Designs’.

The salary and net worth of Shauna baker is currently unknown. She is 5’8’’ tall and weighs around 110lbs. She has a bust of 34”, a waist of 22” and hips of 26”. Her shoe size is 8. She has very long black hair, brown eyes and brown skin. She has had no piercings or permanent tattoos of any sort.