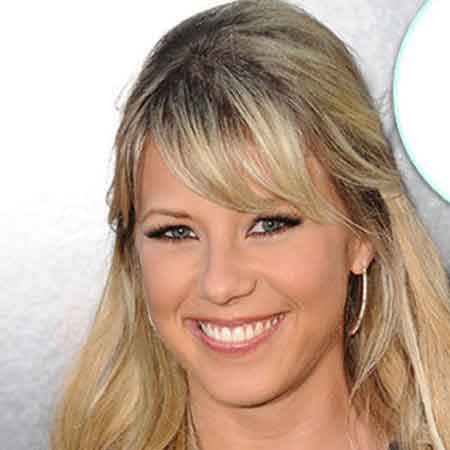 Shaun Holguin is an American police officer who came into limelight after marrying famous American actress Jodie Sweetin in 2002. She is majorly known for her role as Stephanie Tanner on the sitcom Full House and its spin-off series Fuller House.

Shaun Holguin was born on June 29, 1978, in Huntington Beach, California, the United States of America. Information about his education qualification is not revealed yet. But it is only known that he is an American police officer.

On the other hand his ex-wife Jodie Sweetin is a famous American actress, singer, dancer as well as a television personality. She is mostly known for her role as Stephanie Tanner on the sitcom Full House and its spin-off series Fuller House.

As per the sources, the average salary of police officers is $62,760 per year or $30.17 per hour as per the U.S. Bureau of Labor Statistics. Police officers work around the clock and their salaries or wages varies by state and city. But a net worth and salary of Holguin are still under review.

But as per the online sources her ex-wife Sweetin has a net worth around $800 thousand. She is able to gain this amount from her acting career only.

Shaun Holguin dated Jodie Sweetin a famous actress, in January 2002. After 6 months of dating the made their relationship into an official bond, Holguin and Sweetin tied the knot on July 27, 2002.  Holguin was 24 years old when he married Sweetin.

Unfortunately, their marriage did not last long and divorced after 3 and a half years of their married life. Concerning their divorce, Sweetin said,

My husband and I went through some definite trust issues because of all the lying. He and I are going through a divorce, but we're still really good friends. It's not ugly.

Holguin's ex-wife Sweetin was a regular user of crystal meth. She got hooked on bad friends and started trying a variety of drugs.  But Holguin was entirely unaware of his wife's indulgence in drugs. In one interview Sweetin confessed that she made lots of falsehood.

Your husband, Shaun Holguin, is a Los Angeles police officer. Did he know?

He had no idea. The amount of lying and covering up was insane. I would be doing drugs in the bathroom and Shaun would knock on the door, asking me if everything was okay and I would just lie to him. I lied about why I wasn’t sleeping, why I’d lost 30 lbs. I got down to about 100 lbs.

Though he succeeded in lifting her from that addiction, later they separated. He remained thoughtful regarding the reason but from the public opinions, Sweetin's addiction was the cause of their separation.

They have no children. And there are rumors of Holguin's remarrying so it can be assumed that he is single as of now.

As per his online presence, he is not active on any social media nor news media.