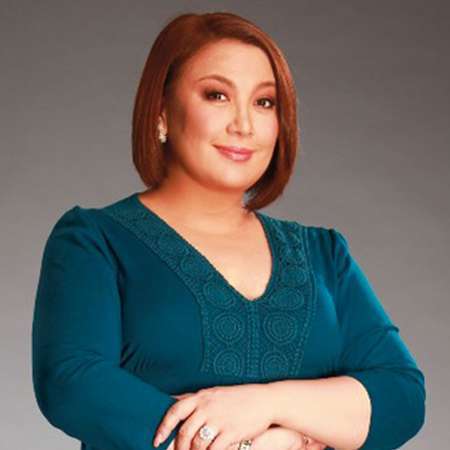 Sharon Gamboa Cuneta was born on 6 January 1966. She is one of the mega stars of Philippine Showbiz. She has starred in altogether 53 films, 10 television shows, and has recorded 40 albums. She has been awarded dozens of awards.

Sharon Cuneta was born in Manila to Peblo Cuntea, who was a former mayor of Pasay in Philippines and Elaine Gamboa. Sharon made her first TV appearance during her early life in Ike Lozada's show, in the Bulilit portion, where she mimicked songs of her aunt, Helen Gamboa, an actress and singer.

Sharon Cuneta attended International School Manila for her primary to secondary education and after that, she joined St. Paul College, Pasig. Sharon missed her high school education because of her singing commitments.

Sharon Cuneta signed her first record at the age of 11. She got the chance to sign the record when she sang one of the Cinderella's 1970s hits entitled, "Bato Sa Buhangin" in one of the parties. Tito Sotto who was one of the guests in the party and husband of Sharon's aunt Helen Gamboa gave her first break. Tito Sotto was vice president of Vicor Music during that time. She recorded her first single entitled, "Tawang ng Pag-Ibig" (Call of Love) at the age of 12.

Sharon Cuneta first song, "Tawang ng Pag-Ibig" did not get good responses but that didn't stop her to record another singles 'Mr. D.J'. The song appeared on Philippine pop charts in 1978 which led Sharon to her next hits like 'Naaalala Ka', 'I-Swing Mo Ako', 'Kahit Maputi Na Ang Buhok ko' and 'High School Life'. Besides that, she also hosted the show, 'C.U.T.E' on IBC with her aunt.

Best Actress nomination in the Film Academy of the Philippines

After several hits, Sharon Cuneta startred her movie career by signing her first movie 'Dear Heart' in the year 1981. She was paired with then Close-Up model and Regal Films' 1980s heartthrob, Gabby Concepcion. The movie was a ma s sive hit. Sharon featured in 'P.S I Love You' in 1981 which was followed by another Sharon-Gabby collaboration, 'My Only Love' in 1982.

Sharon Cuneta married Gabby Concepcion in the year 1984 and did another movie 'Sa Hirap at Ginhawa in the same year. In 1984 Sharon was awarded the Best Actress by FAMAS for her performance in 'Dapat ka Bang Mahalin'.

Then came her first solo musical variety show, 'The Sharon Cuneta Show', premiered on September 1986. Sharon got yet another nomination from FAMA for Best Actress for the movie 'Pasang Ko Ang Daigdig'.

Sharon Cuneta made her position in the box-office queen stronger after she played with popular action stars like Fernando Poe Jr. Robin Padilla, Ramon 'Bong' Revilla Jr, Ruby Fernandez and some more. She then played three more films with her husband, Gabby Concepcion, which was later nominated for Best Actress from PMPC Star Awards, FAMAS, Ailm Academy of the Philippines, and Gawad Urian. Sharon won a Platinum award in 1992, Double Platinum award in 1991 and 1992, and Triple Platinum award in 1992.

In 2000, Sharon Cuneta filmed Minsan Minahal Kita opposite to Richard Gomez which earned P10 Million on its opening day. In the very year, Sharon's father died and she gave birth to her second child. Sharon was also given a Lifetime Achievement Award by the Board of Directors of the 'Phil. Association of Recording Industry' by the Dangal ng Musikang Plilipino Award on her 25th years in music industry. Sharon was named as Best Actress in the year 2002 in Manila Film Festival and given a Civic award by the City of Manila. In the last quarter of the year, Sharon launched her first international album.

Sharon Cuneta won a Best Actress award from the PASADO Awards and the People's Choice Award in the year 2003. Then in May 2004, Sharon was pregnant with her third baby. After her maternity leave and break for few years,  Sharon starred in BFF: Best Friends Forever, in 2009. She also hosted the Philippine Franchise of the popular US reality show, The Biggest Loser Pinoy Edition in 2011.

Sharon Cuneta dated her on-screen partner Gabby Concepcion from 1981. They ended up getting married on 23 September 1984. Then later in the year 1987 Sharon and Gabby separated.

Then in 1994, Sharon Cuneta met Francis Pangilinan. They dated for two years and got married on 28 April 1996. Together Sharon and Francis have two daughters and one adopted son. Sharon Cuneta's net worth is around Peso 1 Billion.

Actress Anchor P.S. I Love You