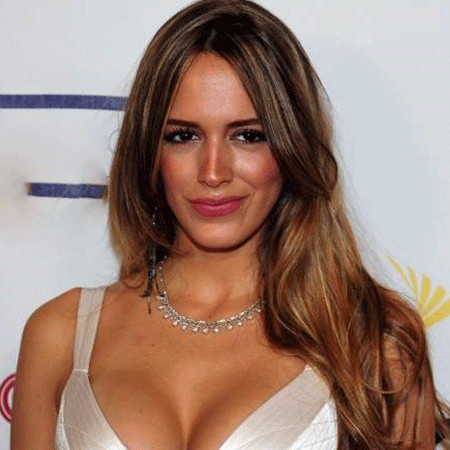 Shannon De Lima is a celebrity wife and a Venezuelan model. She is the wife of a famous American singer, songwriter and record producer Marc Anthony. Beautiful model Shannon de Lima is a third wife of Marc. Because of being related to such a famous personality, Shannon willingly or unwillingly is not void of media attention.

Twenty-Eight years old, Shannon de Lima is a married woman. She is married to an American singer, songwriter and record producer Marc Anthony. Marc Anthony is one of the most recognized personalities in the world. He is the winner of two Grammy Awards and five-time Latin Grammy Award. He is known best for his Latin ballad and salsa.

Prior to Shannon de Lima, Marc Anthony was married to Miss Universe Dayanara Torres with whom he has two sons, Cristian and Ryan. Prior to his marriage, he was in a relationship with Debbie Rosado with whom he has a daughter named Ariana-born in 1994. After having a divorce with Dayanara in 2002, Marc married a top singer Jennifer Lopez in 2004. The couple has twins, Emme and Max.

Shannon de Lima and Marc started dating in 2012. Shanon is 20 years younger than Marc. Marc is the father of five while Shannon is a mother of a child, a son from her past relationship. Marc and Shannon were seen a lot together visiting several events and dining with famous personalities. It is said that their marriage was hinted in Marc’s song Flor Palida meaning “Pale Flower” wherein the video Shannon starred as his love interest and at the end of the video she is riding up to a chapel wearing a wedding gown.

Shannon de Lima and Marc Anthony shared their nuptials in November 2014 in the Dominican Republic. The wedding ceremony took place among their close friends and families with the only access to Univision’s Despierta America to its exclusive coverage.

The couple got married in the salsa singer’s residence at the Dominican seaside resort Casa de Campo, La Romana. According to Univision’s Despierta America, the cell phones of the guests were taken away upon arrival. It again reports, the ceremony was quite emotional. Shannon de Lima son’s Carlos was the ring bearer in their marriage ceremony.

There was a rumor after Marc Anthony and Jennifer Lopez shared the stage and kissed each other at the Latin Grammy’s that Shannon de Lima and Marc Anthony got split. The rumor was not addressed for some time but now the rumor turned true as Marc and Shannon announced that they are getting a divorce. They gave a joint statement requesting for the privacy in their matter.